How do you integrate into a new country? No matter what brought you, if your tenure is not temporary, the most important thing is to learn the local language. Not only do you need to communicate with people, but you need to understand something of the world on their terms. With their terms.

I touched down in Norway at the end of a one-way ticket that slung myself and two terrified indoor cats out of Chicago and across the Atlantic. My soon-to-be-husband had prepared the flat for our arrival in advance: a spacious litter box, a bag of cat food, half the closet and bookshelves cleared for my things and a bespoke set of wall-mounted steps up to cat beds installed on top of the bookcase. He wanted to make sure we all had our own space, that we’d feel comfortable and secure. Welcome.

The cats crammed themselves behind the washing machine in the laundry room, and I went to bed with my man for the first time in four extremely long, stressful months.

I came here because I am in love. I am in love with a man, a family, and a place. This makes the return-on-investment equation involved with language study very, very simple. My heart knows, absolutely, that this is where I am meant to be.

Learning a second language as an adult is hard. It takes a long time and being functionally illiterate in a society — even where your mother tongue is widely spoken — is exhausting. Simple errands that you’ve always taken for granted become alien. My first months, I had a hard limit on how often I could explain to a stranger I’m sorry, I don’t speak Norwegian. After I got worn out on this, I had to go home, even if I wasn’t finished with everything I set out to do.

Norwegians are very nice about this, by the way. I’m just an anxious person.

Like many US-born white Americans, I’ve only ever spoken English. A second language never appeared as part of my general education. Most of the places I’ve lived are deserts of monoglots.

That’s not to say that there weren’t diverse speakers. I knew people who spoke multiple tongues and even carried English as a second (or third or fourth) language.

However, for many of us, language study just doesn’t exist as an integrated part of our upbringing. While it’s relatively easy to memorize a few phrases you can stumble through on command — ¿Dónde está la biblioteca? or Ich spreche nicht gern zum polizei! — actual communication synthesizes an overwhelming amount of inputs.

You need to learn vocabulary and grammar, memorize irregular forms, and re-learn the alphabet. You need to train the muscles in your mouth and throat to deal with sounds formed and arranged in unfamiliar ways. You need to practice with other speakers so your ear learns to distinguish new phonemes and compensate for new flavors of less-than-pristine diction. Nobody is speaking to you with pristine diction, in your native language or anywhere else.

My best piece of advice for a language learner is to learn a few “flagpole” phrases. You must pick your own, but I can tell you that mine did not appear in the general vocab of any language course I’ve ever taken. They’re not about directions to the library, embassy, or restroom. They’re not about una cerveza mas, por favor.

“Do you want a receipt?’

Hung on the nouns pose and kvittering, these phrases allowed me to fumble my way through everyday interactions with strangers without having to stop the ride and explain, sorry, I don’t speak Norwegian. I started getting more errands done.

Wherever you go, learn how to say yes, please, and no thanks in the local vernacular. Being polite costs nothing.

Grabbing on to a couple phrases that will help you through your actual day-to-day life in a place where you’re linguistically disconnected is very practical. It’s also a major inroad to the essential difference between language as an academic exercise and language as a real-world activity: The deal isn’t a crystal-clear understanding of words, syntax, and usage. The deal is grasping what people mean and how you should respond.

This is what paralyzes everyone I know who’s lived or traveled abroad. I don’t know how to respond. I’m going to do something wrong. Nobody wants to look like an asshole. Nobody wants to offend a stranger unintentionally. If we’re going to offend strangers, at least let it be intentional. That, too, takes a bit of language savvy, for faen!

You can memorize words, phrases, and grammar until the cows come home. If you don’t do the heart-opening work of wanting something enough to be humble about practice, you’ll never escape the academic construct of language. To get out of that, you have to fall in love.

I came here because I am in love. I fall deeper into love the longer I am here. This love goes to the quirks of this city, the ridiculous weather on this coast, and lots of strange new foods. This love goes to my husband, who is gentle and smart and hilarious and excited about me every day. It goes to his mother, who befriended me immediately and tutored me in Norwegian all summer. It also goes to my mother, back home, who has stood behind me every step of the way.

It also goes to the version of myself a year or so up the road, shimmering off the pavement like a heat mirage. She can communicate capably in two languages. I’m proud of her. I’m proud of becoming her.

There are two official ways to write Norwegian. Bokmål is a sort of bootstrap Danish stemming from Norway’s four centuries of being a subject of Denmark’s king. Nynorsk, on the other hand, is a gaggle of spoken dialects press-ganged into a single trench coat by a linguist in the mid-1800s and sent out to get a real job. New learners mostly study bokmål, writing in these specific standards and speaking a very clean, formal version of the language with closely correlated pronunciation. The Oslo area — Norway’s largest population center by a big margin — speaks a dialect closest to this.

I do not live in Oslo.

My language study swings from this very formal book language — bokmål — into the down-and-dirty real-life world of local dialect. Sure, you’ll write bokmål to a client or a teacher. You’ll read it on the billion-and-one immigration forms you’ll spend the next ten months filling out in triplicate. But in real life, you’re texting your friends. You’re talking to disaffected grocery cashiers. Language broken out of study is bananas.

Dialect is a lot like love. It’s beautiful, frustrating, and fascinating. It’s a set of secret handshakes inside the formal language. It’s old and idiosyncratic and gets into everything, like sand or glitter. It’s hard to explain exactly how or why a dialect is the way it is, but you know it when you experience it.

Jeg lærer norsk fordi jeg bor i Norge. I am learning Norwegian because I live in Norway. But what about those of you who are still in the countries of your birth? Or at least surrounded by your mother language? What does it mean to learn a language when you don’t strictly need to?

I’d venture that learning a second language, like falling in love, is something that we should strive to experience as an end in itself — without thinking forward to the eventual long-term payoff. Despite not requiring another person the way that falling in love does, learning a second language opens you up to an infinite range of new connections and fresh ways to understand the world.

Place and time do not constrain this new superpower. You can learn a language to talk to someone on the other side of the planet, get close to the artists of an ancient society, or better understand the evolution of your religion.

Maybe I’m a simple soul, but I find that absolutely astounding.

When I was a kid, I thought understanding a language meant you literally heard it the same way I heard the language I understood. Essentially, that when people spoke Spanish or French or Japanese to each other, they heard English. The idea fascinated me that over time, as I came to understood languages that I eventually wanted to learn (I’ve always wished I were multilingual), those foreign words would sound like English. I didn’t think about it in exactly those terms, because obviously that makes no sense, but I was like seven, so give me a break.

Reality is more like watching a bizarre time lapse of evolution take place in the primordial soup of your own brain. First, you recognize small units: a few terms you’ve learned, cognates, and loan words. Those single words crawl out of the sea to assemble into common phrases you can pick out from conversation: How are you? Have a good weekend!

The phrases your ear can lift out of conversation get longer and longer. The more you exposure you have to the language spoken in a naturalistic way — through conversation, lessons, television, eavesdropping, anything — the stickier those pieces get. The gaps between shrink. The pace at which someone has to get going before they lose you gradually rises. Your brain catches up and shakes itself out of the habit of just shutting down when confronted with all that unknown information.

You glow with an absurd amount of pride when you realize what the conversation at the next table in the café is about. The grandparents going up to the cabin with the kids over the winter holiday. A spouse away at a conference. Meaningless, mundane details in the lives of strangers, but a precious measure of your hard-earned progress.

What do we say to the god of death?

The app hasn’t told me how to answer that one, yet. But I’m confident that if I’m ever confronted by the god of death, I will be able to talk to them in more than one language. 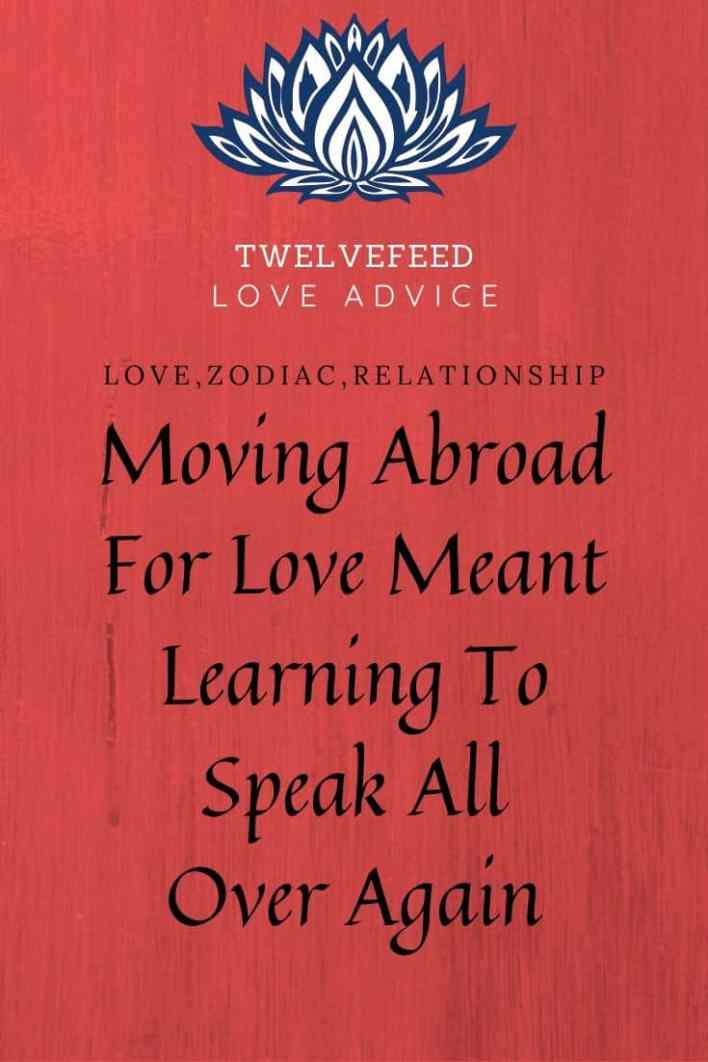 This Is My Final Goodbye To You

Even If We Were Never Meant To Be, I’m Still Glad I Met You