In the Google definition, you see negging described as a backhanded compliment or insult, strategically designed to make another person question their own confidence and give you their approval.

But I think this too-literal interpretation doesn’t quite hit the mark. Negging is something even good friends do with each other. Even if they’re not aware they do it. Nevertheless, ask someone if they respond emotionally to negs and they’ll probably say, “Hell, no, I don’t have low self-esteem; I’m confident in who I am.” There’s an element of truth to that statement, but again it misses the mark…

The truth about negging women

Actually, if someone can’t laugh at themselves a little, or be challenged in any way, that probably speaks more about their level of insecurity than if they were to laugh or exclaim in reaction to a neg.

I remember a comedian—Joe Rogan—saying something like, “You know that I consider you a good friend if I make fun of you.” So think of negging as the Ying to the Yang in playful banter.

Negging women the right way – With all the right negging examples

If your aim is emotional domination or manipulation, then you’re way off my friend. If you aim at fun for the both of you, now you’re on the mark. Simply put, it can be exciting to engage in verbal and behavioral play. Always having to be agreeable is… boring.

The following philosophies provide insight into how negging women can be a great way to create exciting chemistry, and how it can blow up in your face if done poorly. Enjoy!

Negging women philosophy #1 Be the doctor. As you’re talking to a girl, imagine you’re the doctor and she’s your patient. Rather than being in her company to please her, you observantly assess and diagnose whether she’s healthy and note her quirks. This is a great mindset if you normally tend to be very agreeable.

Negging women philosophy #2 Unleash the beast. Lots of guys these days want to be women—to be as agreeable and similar as possible to their partner. But there’s a reason for gender distinctions! She doesn’t want you to be a woman, otherwise she would be dating a woman. So, own your masculinity and be a little cocky at times.

Get out of the mental manipulation mindset. Instead use a negging as a way of showing the girl your more animal alpha side—the one without a mask. Show her you’re not here just for her enjoyment, but that you’re an independent person with boundaries, standards, and opinions.

Negging women philosophy #3 Neg via text but put an x 🙂 after. Okay now I’m giving away keys to the kingdom. This one shouldn’t work as well as it does… but it does. I won’t say just how FAR you can go with it, but it gets pretty extreme.

Put an x 🙂 after a text neg, so that she knows you’re having fun, rather than trying to score points by offending her. Again, it’s letting her feel some of your inner beast–that you’re not someone who can be easily controlled, or just here to say the right things.

Only two! *Invent your own. The point isn’t to replicate these line for line!*

Negging women philosophy #4 Apologize, then neg her again. The beast can’t be fully civilized. Sometimes a girl responds and like your negs but suddenly reacts poorly to one. Perhaps that neg went a bit too far, or she suddenly became aware that you were doing it and wants to make a point. In this case, apologize sincerely and briefly.

Move on by changing the conversation, but later do it again. This is even better if you have a wry grin. A common reaction might be that she punches you, giving you the “OMG, I’m outraged” expression, which means she’s enjoying it, even though she’s shocked that you persisted.

Negging women philosophy #5 Be brief. In the words of Shakespeare, who was a master at the trickster or jester archetype, “brevity is the soul of wit.” So, don’t overdo a neg; less is more. Think of negging women as a single note amidst a large symphony of overtures.

Negging women philosophy #6 Don’t wait for a reaction. Ever been out with a group of friends, but there’s this one person in the group who seems to be trying too hard to get a laugh?

He says something, and then looks around, in the hopes that he gets a good reaction. He’s totally self-conscious and not just engaging in banter for the fun of the group. It’s about him. This is a bad way to approach negging.

Negging women philosophy #7 Notice her reactions. Some girls get too many compliments and cease to notice them. Or this could be the case for a bunch of other psychological reasons, such as father issues.

My general philosophy is to accept the person for who they are, rather than trying to change them. Working with their quirks in a way that makes communication an experience rather than a formality.

Some negging reaction examples and what they mean:

-If she laughs outrageously when you neg her, this means she’s emotionally receptive. Crank it up and throw in more similar neg spikes but don’t overdo it, as it becomes predictable. Look for the genuine things that are quirky about her.

-If she gets emotional in a less positive way this means she’s affected. You can still possibly use negs, but use them more sporadically and make sure you have a smile in your eyes and that you’re having fun. When you go too far, say sorry and move on to another topic.

Negging women philosophy #8 ALWAYS HAVE FUN… Or don’t do it. This one is so important I had to capitalize it. Generally, a bit of playful ‘push, pull’ is a great way to keep any relationship healthy. If you always agree, chances are you don’t have a healthy relationship because you’re not being honest with one another.

Negging women philosophy #9 Reframe her frame. Whoever holds the frame holds the authority…

Say you’re at a restaurant with a girl and you’re chowing down on some food:

Her to you: “You’re a slob.”, your Grace.” Give a curt bow. As the server approaches, “Please, could I order something for the Princess.”

Negging women philosophy #10 Mix it up. Think of negs as spikes in an otherwise sunny afternoon. If the whole day was filled with spikes it would be awful. However, a little bit of pepper and salt spices up a good cut of steak. 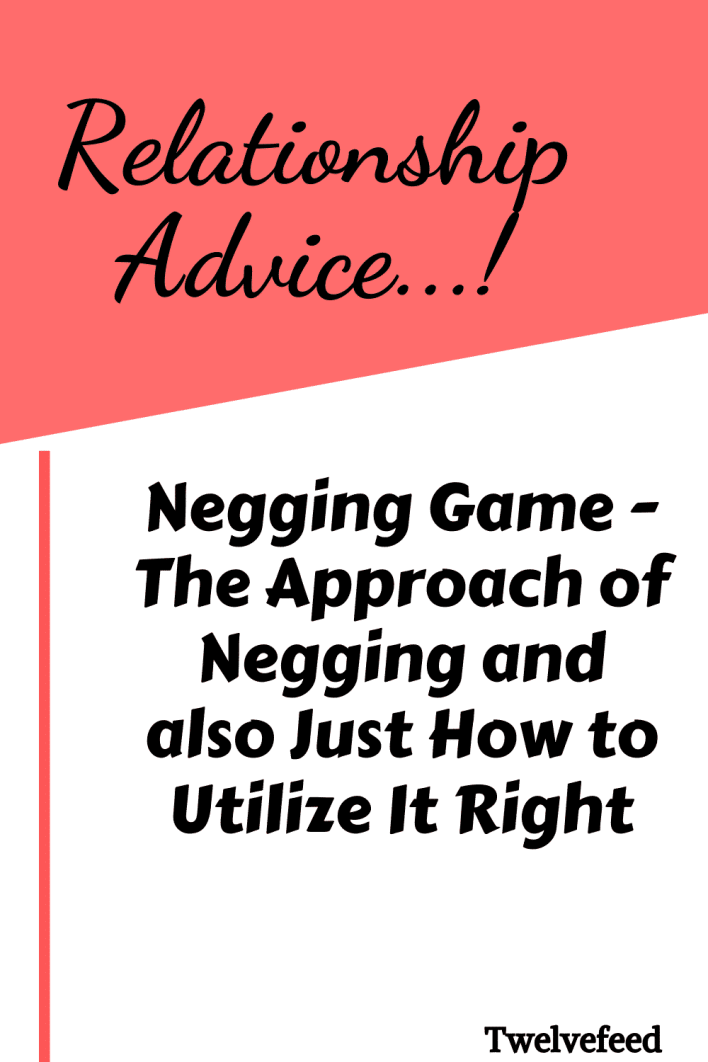