You being not interested in dating is something that most people won’t get. There are many things that people must endure here on earth. Two of the hardest things? Both being in love and losing love.

Being in love is awesome when it goes the right way. But, it is the worst thing in the world when it isn’t. Losing love feels tantamount to missing a limb. One moment a critical part of you is right there at your side, the next moment it isn’t. Yet, you are supposed just to pick up and carry on.

What drives this interest?

If you aren’t interested, then you shouldn’t ever let someone make you feel like you are missing something. In reality, you look around and see you enjoy life just as much, if not more, than all those people telling you what you are missing out on.

If you are not interested in dating because you’ve been hurt before and are fearful of being hurt again, you might want to reconsider. We all go through a whole lot of hurt to recognize when things are good.

If you never try to love, then you lose from the beginning. Hey, it is your choice, and I totally get it. Before you stop trying and live solo, examine why you aren’t interested and see if it is what you want or if there is something else driving your desire.

If you are someone not interested in dating, I totally get it. Relationships aren’t for everyone, even if you haven’t ever had things go wrong. There are just some people who would rather be on their own.

The problem most people have when they don’t want to date is that there is a host of people in their life who continually try to figure out why, convince them out of it, or psychoanalyze how they can “fix” you. The truth is not everyone is meant to be in a relationship, have children, or even find love.

#1 They have been hurt so badly they aren’t interested in doing it again. Sometimes we fall in love super hard and think that person is our soul mate. Things don’t always work out the way we want.

What I have learned about “until death do us part” doesn’t always mean you will be together until death. Sometimes death comes a whole lot earlier than we want it to. There are all sorts of ways we can be wounded in love. Just don’t cover up your wounds so tight that they never get to scar over.

#2 Their parents hated each other. I get it. My parents didn’t really like each other that much. Okay, they really didn’t like each other period. I remember growing up thinking their distaste for one another was just what couplehood was like.

But it isn’t. In my many years on earth, I’ve met many couples who get along fabulously. They love each other more than they love their next breath, and they respect and want the best for one another. Don’t assume you will follow in your parent’s footsteps. If you aren’t interested in dating because of your role models, find new ones.

#3 They have been taken advantage of. If you thought it was love only to find out that it really wasn’t, then maybe you think real love is an illusion. It isn’t. Real love does exist. You just didn’t find the right person. When you are taken advantage of, lied to, or cheated on, you might have decided that love isn’t real, but it is.

I have seen it; I have lived it. Instead of choosing not to be interested in dating, maybe just choose better and take it slower next time. You don’t have to marry someone if you date them. Just take it slow and be friends first.

#4 They want to focus on work. If you are more interested in a promotion at work than dating, that is totally cool. You don’t have to be distracted by the drama of having a relationship if you want to focus your life on something else.

You might find the rewards that you receive from your work accomplishments provide you with enough satisfaction in life. No one defines what happiness and success look like but you. If you already have both, or know you can without a mate, then more power to you!

Relationships, even marriage, does not equal a home in the suburbs, a minivan, or a bunch of kids. Find someone who wants the same things in life. Or, stay single, just don’t use that as your excuse not to get close.

#6 They are tired of the drama. I gotcha on this one. Relationships are never drama-free. Sure, they start out all exciting and fun, but they go through many transformations, and they aren’t easy, that is for sure.

To make a relationship work, you must put in the time and effort. And, if you just aren’t interested in the drama, I totally get it. If you want a drama-free life, then not dating might be the answer for you.

#7 They don’t want to answer to anyone. The best feeling is being able to make decisions for yourself and do your own thing. If you want to watch p*rn, buy a car that is too expensive, or go away for the weekend, not having someone to answer to is one of the most liberating things on earth.

Only being responsible for you and not having anyone treat you captive or like a child is incredible. If you want to live the single life, have at it.

#8 Marriage is not something they ever want. When you date someone long enough, there comes a time when things move forward and long-term options need to be discussed.

#9 You haven’t ever connected with anyone in that way. There are some people who just don’t feel a connection with other people. Loners are people who like to be on their own. It isn’t that they can’t find someone to date, it is that they aren’t interested in dating. It is a totally reasonable option and choice. If you are someone who likes to be on your own, then that is your decision to make.

If you are someone who isn’t interested in dating, you probably have everyone in your life trying to convince you otherwise. The questions flying at someone who says they don’t want to date can be endless, but live your life the way that makes you happiest. 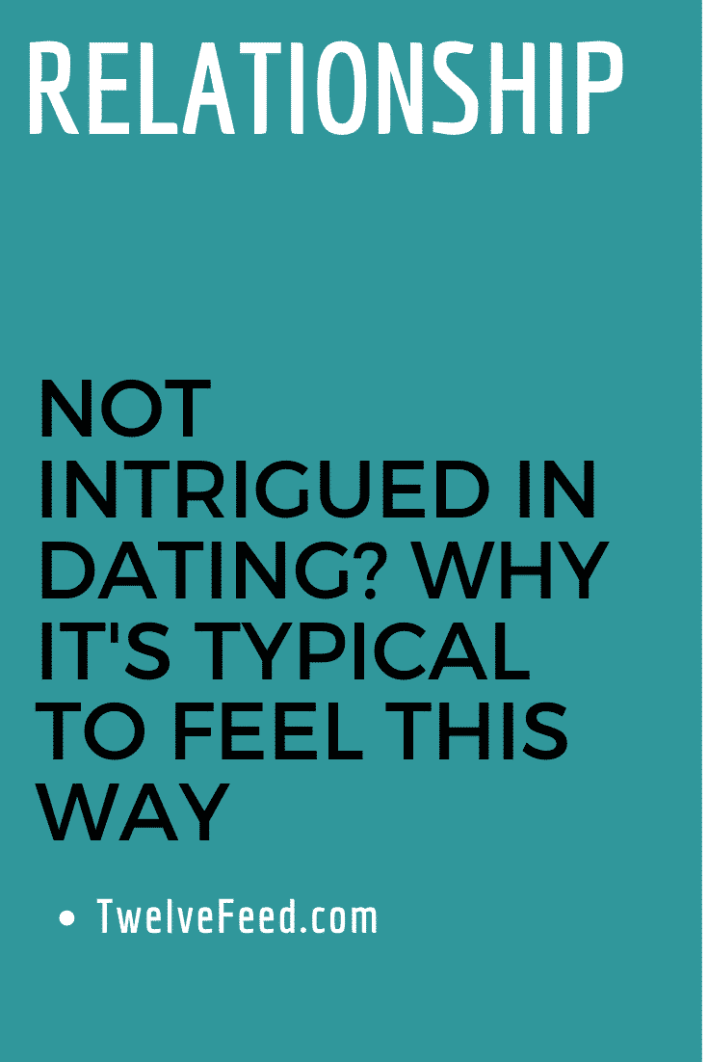 White Knight Syndrome - Get Off Your Horse and Save Yourself First