Many married couples would agree that the first year of marriage is exciting yet trying at the same time. It’s about figuring out this new dynamic as a couple while dealing with everyone else’s opinions on the matter. But if you’ve experienced a whirlwind romance and then get married shortly after it started, there’s only going to be more challenges. When you’re a celebrity couple who does the above, you’re likely to hear a ton of opinions you never asked for in the first place.

That’s exactly the case for Hailey and Justin Bieber, who recently celebrated their one year wedding anniversary. In a recent interview with Vogue Australia, Hailey revealed that she struggled with having online haters harassing her on a regular basis. As a matter of fact, these very haters had her questioning her romance with Justin for quite some time.

During the interview, Hailey elaborated by saying, “Nobody from the outside really knows what’s going on between us. I wake up every morning with this person. I’m the only person that has direct dialogue with this person. This is my relationship. What’s so tricky about mental health is that it can be easy to let people convince you of something that’s not real.”

“When I had hundreds of thousands of comments bombarding me with: ‘He’s never going to this,’ ‘You’re never going to that,’ ‘You’ll be divorced by then,’ you can’t help but wonder: ‘Does someone see something that I don’t see?'” she continued. “It starts to mess with your mind. But the only two people in a relationship are the two people in it. I’ve been working on retraining my thought process to understand that.”

It’s clear that the negative reaction coming from others who hide behind a keyboard and computer screen took a toll on Hailey and her mental health. There’s no doubt that more than likely left a similar impact on Justin, too. Let’s hope that the Biebers has managed to get past all of that harsh criticism so that they can enjoy a long and happy life together as a married couple. 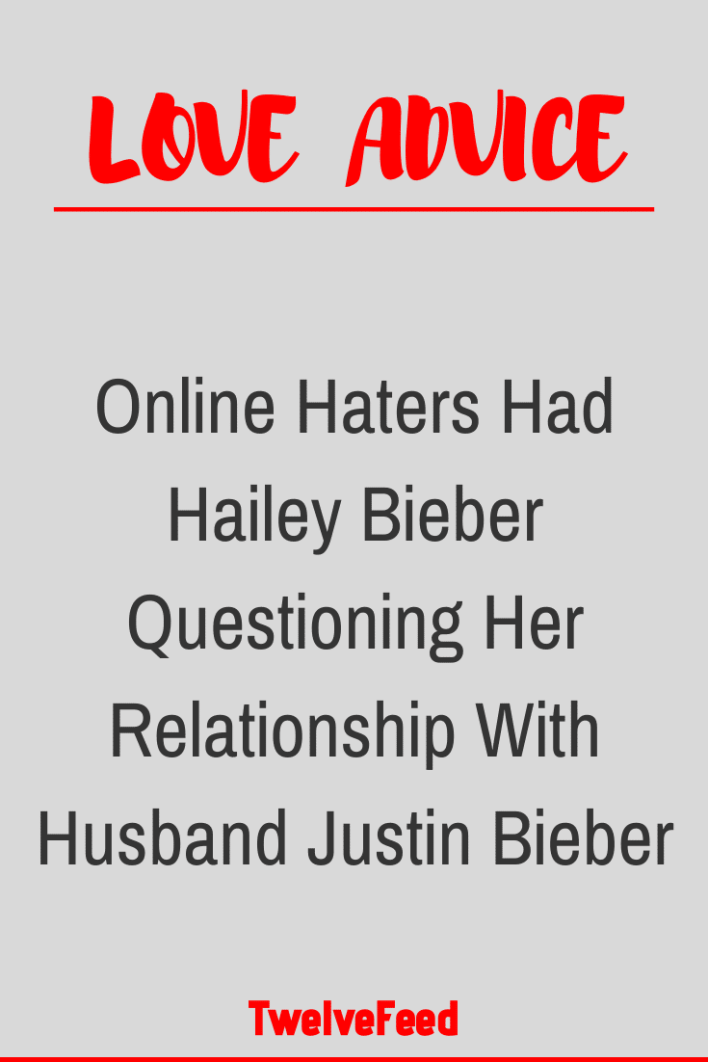 Couples Massages: How They'll Save Your Relationship