If you cheat once, that doesn’t mean you’ll cheat again. However, serial cheaters are a whole different story. Cheating is their middle name. They’re addicted to jumping from one relationship to another or just simply constantly cheating on their partners.

Listen, I’m an advocate for s*xual freedom, but not when it hurts another person. If you want to fuck around with everyone, cool, just be single while doing it.

Unless you’ve talked about being in an open relationship, most people will not be down with the idea of their partner sleeping with other people.

If you’ve gotten yourself into a relationship with a Casanova-type character, not only should you get an STI test, but you should also get yourself out of that relationship. But how do you even know you’re dating a serial cheater?

Once you know the signs, it’ll be easy to spot them.

#1 They’ve cheated before. Okay, I know I said just because someone cheats it doesn’t mean they’ll do it again, which is true. However, it does increase the odds of them doing it again.

Yeah, I know, I didn’t mean to calm you down and then make you freak out again. You need to do some digging and find out how many relationships your partner’s been in and why they didn’t work out. That’s how you’ll find the truth.

#2 They fear intimacy. Maybe when you two have s*x, they only like doggy style. Now, that’s not a bad thing, but it is when you want to have an intimate experience.

If they’re avoiding intimate s*xual positions and moments with you, it’s because they’re scared of opening up and becoming vulnerable to you. This also means that they’ll develop feelings and then that kind of creates a hole in their plan of fucking whoever they want.

#4 They haven’t committed to you. If you two have been “together” for a while but they’re not willing to commit, it’s because they don’t want to. It’s really that simple. They don’t want to be taken off the market because they’re still looking around.

#6 They like taking risks. A serial cheater loves to take risks. I mean, isn’t cheating behind your partner’s back a risk? Of course, it is. Taking risk is thrilling… it’s living on the edge. So, if your partner is known as a bit of an adrenaline junkie, then be cautious.

#7 You two don’t fight. No one likes to fight, but it’s actually crucial in a relationship. People disagree, it’s normal. And when you fight, it brings the relationship closer together. If you and your partner aren’t fighting, or if they’re not responding to your concerns, it shows that they don’t actually care.

#8 Their habits change. If all of a sudden their regular daily habits and routines changes, you should be suspicious. If you’re not sure about any of the other signs on this list, pay attention to this one.

#9 Your s*x life isn’t what it used to be. The s*x you used to have with your partner was sensual, hot, and passionate. Now, it’s dry and dull. What a switch, right? Well, that’s not because they’ve lost their libido. It’s because they’re being hot and sensual with someone else. Things like this just don’t switch without reason.

#10 It’s all about gift-giving. Getting a surprise gift every now and then is great. However, those gifts can be given just to mask what they’ve been doing behind your back. If your partner is loading you up with gifts all the time, it’s probably because they’re feeling guilty. 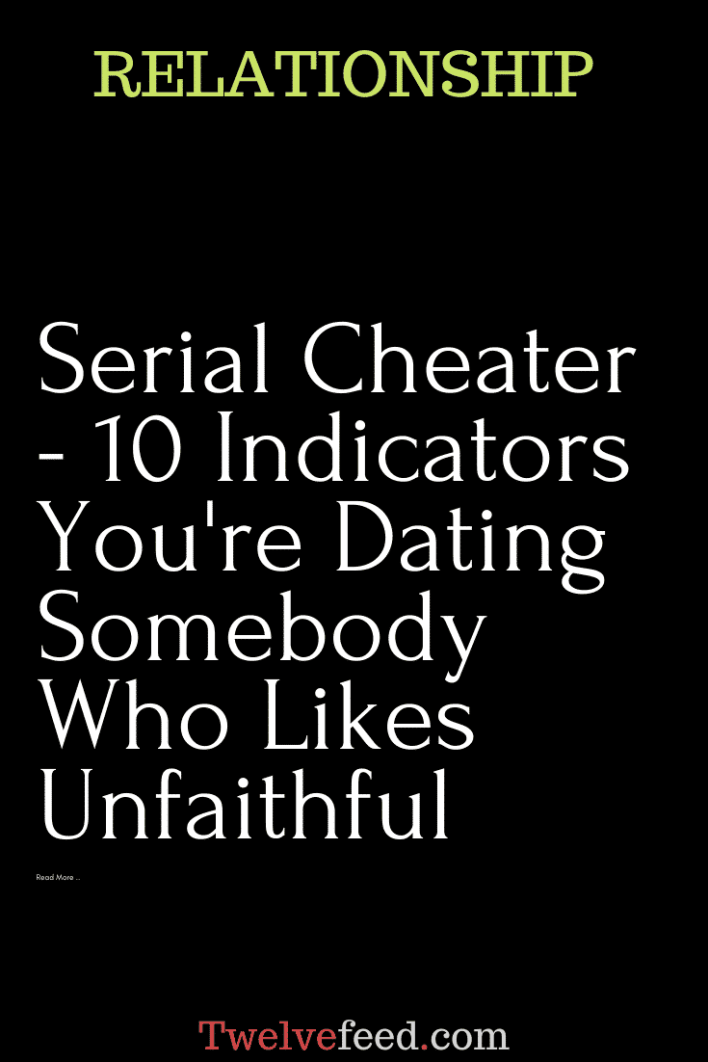