Ah, yes, the vicious dating game. You know how many times I’ve flirted with a guy at the club only to find out an hour later he has a girlfriend? I spent all that time standing there, engaging in conversation, and actually thinking this would go somewhere. But no, instead, this guy just tried to fill his ego, seeing if he still “has it.” If it’s happened to you with a girl you’re interested in, we have your back with tips to know if she has a boyfriend or not.

How to tell if she has a boyfriend

We’ve all been there. Sure, maybe I should have known he was taken by looking at some of the warning signs, but I didn’t. Why? Because I didn’t think people still played those types of games.

So, listen, don’t let some girl play around with you while she’s dating someone else. Catch it right away and cut the cord. They can’t have their cake and eat it too.

You can’t be wasting your time with a girl who strings you along when she’s already got a guy at home.

#1 You feel it. It’s this intuition you have, you just feel when something isn’t right. If you feel like there’s something off with her, follow that intuition because you’re not wrong. So, if you feel it, it’s probably true.

#2 She keeps some distance. She may be flirtatious with you, but she’s not all over you. She doesn’t touch you and when you dance too close, she pulls back a bit. That’s how I figured out one guy had a girlfriend. He started to dance with me and then when getting close, he backed off.

#3 Look at the fingers. This is easy. Is she wearing a ring? If so, then don’t bother wasting your time, she’s beyond just having a boyfriend. She’s preparing to walk down the aisle pretty soon. So, check those fingers thoroughly for anything shiny.

#4 Social media. If you get her Instagram or Facebook, this saves you a lot of time. It shows on her social media if she’s in a relationship or not. If she doesn’t put a picture of her boyfriend on social media, well, I would be suspicious of her being a cheater. She’s hiding him for a reason.

#5 She isn’t paying attention to guys. Women in happy relationships usually don’t spend their time watching other men. Sure, they may glance, but they don’t have that hungry look in their eyes. They don’t need a man because they already have one.

#6 She doesn’t show commitment. You asked her to see a movie with you and her reply was less than exciting. If she’s not solidifying any date with you, that’s a pretty good sign something is up. It could be she’s just not interested in you or that she’s nervous to meet you outside of the conversation you’re having.

#7 She doesn’t reply to your texts. If she’s not replying to your messages, well, she’s not interested. Sure, you may have hit it off but she can’t see you. I mean, she can, but she doesn’t want to because she has a boyfriend. It’s probably better this way, you don’t want him phoning you.

#8 She doesn’t go out with friends much. Now, this depends on where you met her. But if her friends are a regular at your bar and this is your first time seeing her, there’s probably a reason why. Maybe she works weird shifts or maybe she’s always with her boyfriend. Girls in relationships tend to be poor at seeing their friends in person.

#9 She’s always on her phone. She’s always texting. She’s at the club with her girlfriends and she’s busy on her phone. Why? Well, because the person she is interested in isn’t there. If all your friends are with you then why would you be texting on your phone? Exactly. 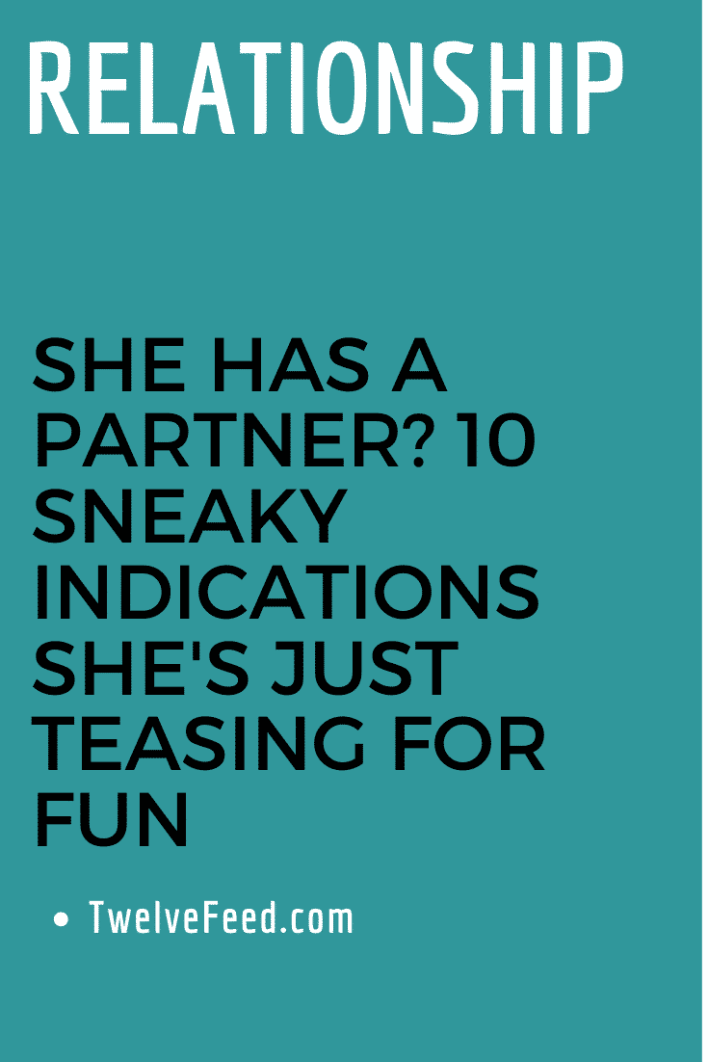 Madonna-Whore Complicated - Is It Still Relevant? God, I Hope Not!