We’ve all heard the phrase “friendzone” before. It’s used so casually in conversation these days that it has become normalized. Every time you hear that someone’s feelings aren’t returned by the person they’re interested in, they say they got friendzoned. But you hear less often that a relationship is strictly platonic.

But there seems to be an incredibly important point that a lot of these people are missing, and it’s that the friendzone is completely made up and used to justify all the wrong things.

Where did friendzone come from?

Broadly speaking, the friendzone is a term coined mostly by men upset that a woman they are interested in doesn’t want to start a romantic relationship or have s*x with them. If you don’t believe me, ask yourself how often you hear women getting angry about being put in the friendzone?

You rarely hear it, as most women tend to have a better time of accepting strictly platonic friendships and unmotivated by anything else. They find it easier to not let their ego be bruised, as they mostly seek out friendship for the pure sake of being friends.

Ultimately, rejection sucks and no one likes finding out their crush isn’t interested, but it shouldn’t mean you can’t form meaningful friendships.

Sometimes you may find your crush is flirting with you and leading you on with no intention of being with you, which is unfair. If you find yourself in this situation then walk away. They don’t deserve your affection or your friendship.

Why shouldn’t I be annoyed if I think someone’s friendzoning me?

Whenever you feel like you’ve been friendzoned, chances are the person you’re interested in is not doing it from a place of malice. They just don’t share the same feelings as you. They can’t turn their romantic feelings on and off, and you shouldn’t expect them to. They’re a human being with desires and feelings. That should always be respected, instead of thinking of friendship as a punishment.

This approach to being “friends” with someone makes the woman feel as if she’s just been used or objecitified. Only being friends with someone in the hopes of beginning a romantic relationship or expecting to get laid isn’t really friendship. Women aren’t prizes to be won or bartered for.

You can see this kind of narrative in TV shows and big blockbuster movies, where the male protagonist always gets rewarded with the hot girl at the end of the film, because he succeeded. Unfortunately, this sense of entitlement leaks out into real life and conditions people into believing that this is what’s deserved for being “a nice guy.”

The duplicity of a “nice guy”

There are lots of amazingly lovely men out there. Men who respect boundaries and are completely comfortable with the idea of staying strictly platonic once they find that their feelings are unrequited. On the other hand, there are plenty of dudes that refer to themselves as “nice guys,” and think that by saying this they are entitled to their feelings being reciprocated.

Every woman knows at least one man who becomes friends under the guise of being nice, only to then turn out to be manipulative, overly presumptuous, or aggressively persistent. I’ve actually met so many that I’ve lost count.

These self proclaimed “nice guys” are the kind of men who become passive aggressive or spiteful once they realize the person they’re interested in wants to be strictly platonic. They’re the kind of men who can’t figure out why women keep friendzoning them, even though they don’t respect their boundaries.

They harbor resentment for any woman who turns them down. They quickly become hostile when they feel their ego took a beating.

I’ve known plenty of “nice guys” who don’t know how to take no for an answer; have become confrontational when they’ve found out I already have a boyfriend; or harassed me over text, even when I’d already explained I wasn’t interested. All of these occasions have been with men who I’ve not flirted with or insinuated that anything might happen.

This happens to women everywhere, regularly. The ‘friendzone’ seems like a harmless expression or light-hearted joke to some, but the issues that surround it are problematic and toxic.

#1 Good, honest friendship is difficult to find. There is nothing wrong with just being friends with someone. Friendship is not a consolation prize, and none of us are owed anything by anyone. Don’t go into a friendship expecting something more.

#2 Respecting boundaries is important. If someone’s not interested in you, respect that they make their own decisions on what’s best for them. They know themselves better than anyone. Accept that they know when a relationship won’t work.

#3 It makes it difficult to determine true character. You shouldn’t feel that you deserve to be rewarded just for being a nice person. Does it really make you worthy of someone you want, if you only do it for your own agenda or to make you feel good about yourself?

#4 It’s always on the other person’s terms. When someone says they’re being friendzoned, it’s always based on how they feel, without taking into account how the other person feels. They’re not being unfair if they’re not attracted to you, they’re just being honest with themselves.

#5 It forces an attraction that’s not there. Would you want to end up in a relationship with someone only because you convinced them you were worth it or they felt bad turning you down? If they’re not interested, then find someone who is if you want a long-lasting connection.

#6 It promotes a s*xist ideal. The concept of the friendzone plays into the idea that women should always be apologetic when they don’t fit in with what is expected of them. There’s nothing bad about someone being upfront about something they’re not comfortable with.

#7 It can be very deceptive. If you think that your feelings would be hurt after being turned down, imagine how it must feel for her to discover that you were only ever interested in hanging out with her because you expected a form of reward, or s*x, at the end of it.

#8 Not everyone feels as you do. Unless you were upfront with them when you first realized you had feelings, you can’t expect them to start to feel something for you too. Sometimes feelings do grow. Friendships change into relationships, but if that doesn’t happen they don’t have any obligation to change their mind.

#9 Love is supposed to be a natural thing. The friendzone dangerously encourages the idea that love can be earned based on the amount of time you put in on trying to woo someone. Love is felt when something real exists. You can’t coerce someone into loving you just because you spend lots of time around them.

#10 It normalizes malicious behavior. I’ve been told before how lovely I was by guys I’ve been friends with. Only later to be told I’m a bitch or a whore once I rejected them. It’s only once they think they’ve been friendzoned that the mask falls away. 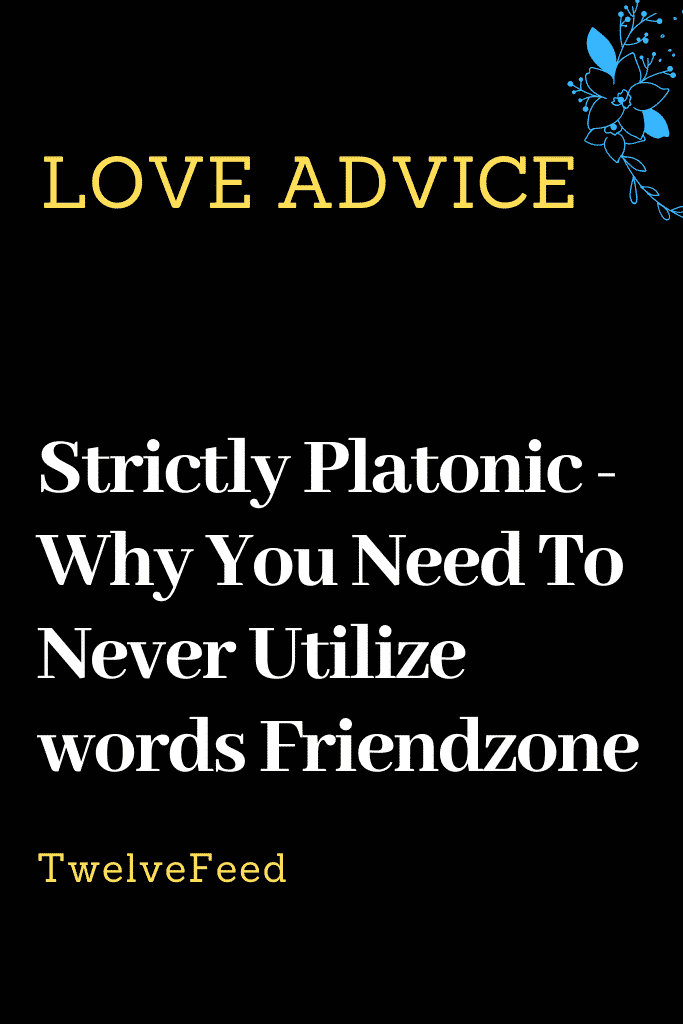 10 Idea Provoking Questions to Leave You Interested and Wondering

Why Am I So Psychological? Science Has the Answers You May Not Expect