Becoming single again after a long-term relationship is hard—you’re scared, you’re lost, and everything seems helpless. I totally feel you. After my own breakup, it was like my world was falling apart. I didn’t want to be single—why would I want to be? I had a boyfriend, a group of friends, and I wasn’t alone. Before, I used to think that being single made me a loser, the Bridget Jones of the group.

Months after my breakup went by, I finally realized that there was nothing wrong with being single, and this is why:

1. I can sleep in any position I want.

2. I can watch whatever I want.

My ex was a creature of habit, and we would always watch the same things on TV: The Office and Brooklyn Nine-Nine. Don’t get me wrong, these shows are hilarious, but watching it all the time gets old.

3. I can see my guy friends again.

I can finally see my good guy friends who I couldn’t see when I was dating my ex because he was jealous and I had no backbone. I no longer have to explain myself for wanting to hang out with them.

4. I can get back into the dating game.

When I became single again, at first I was like, “There’s no way I’m going out and making out with a complete stranger.” But then when I did it, it made me feel spontaneous and alive. I was so caught up in my routine with my ex that I forgot how nice it was to go out with friends and not know what’s going to happen.

5. I can reinvent myself.

When we are in a relationship, it’s so easy to start doing what your partner does and forget about yourself. When I was broken up with, I realized I hate staying home every night and watching TV. Yes, of course it’s nice to stay home and watch Netflix sometimes, but it gets rough doing it every night. I also realized that I hate going out EVERY weekend. I also used this time alone to go back to school and find new hobbies.

I used to only hang with my ex’s friends and their girlfriends, so when he broke up with me, I found myself completely alone. I always loved meeting new people, so it didn’t take me much time before I made new friends at work and at social events.

When I was with my ex, I knew he was the reason for my happiness. I was happy because of him, so when he broke up with me, I was so unhappy and thought I had to get another boyfriend to be happy until I realized I only needed to love myself first and be happy with myself before attracting the right people. When other people are responsible for your happiness, they decide when you’re happy, and it’s toxic.

For a while, everything revolved around my boyfriend and our little life—nothing else mattered. Before I met him, I was this career-driven and ambitious young woman that wanted to publish books and write movies, but when I met him, love consumed everything, and I only wanted to be with him. Becoming single again made me realize how much I missed my career, and I went back to school. I’m almost done with my first book now.

9. I don’t have to run around between families during the holidays.

Let’s be honest, it can be a lot if you have all of your Christmas parties at the same time.

10. I can learn to love being single.

Yes, it’s easy to say that it sucks becoming single again, but you have to be happy with yourself first. I know I will find love again, but before I do, I enjoy my nights home alone, going out with my girlfriends, and focusing on my career 100% of the time. Being single doesn’t make you a loser, it gives you an opportunity to find yourself and know yourself even more. That way, your next partner won’t complete you, they will add to your happiness, and that’s the most important thing in life. 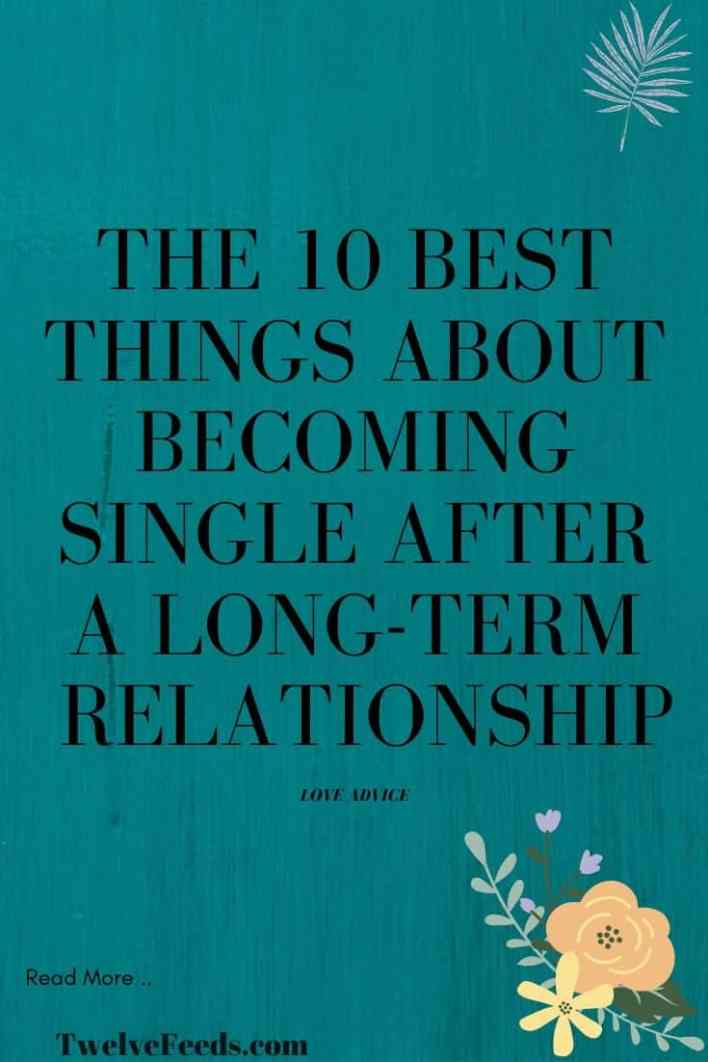