According to Psychology Today, “The right hemisphere is associated with cognitive skills, such as creativity, emotion and intuitiveness. It also controls the left side of the body, so right-brained people are often left-handed. Right-brain dominant people are characterized as artistic, innovative and often random.”

Naturally, we use both sides of our brain, but one side is always dominant, and that’s why we have those math geniuses alongside those artistic geniuses. But rarely are the practical and the creative effectively balanced in one single person.

Not to mention the effect astrology has on us, either. Our zodiac signs dictate whether or not we are right- or left-brained. And being that we are talking about right-brained zodiac signs, which of them are the most creative, artistic, or musically inclined?

Remember: lofty-thinking, scatterbrained, confused by numbers yet undaunted by a musical score — those are the right-brained zodiac signs.

Torn between wanting to be practical and wanting to burn down the entire world, Aquarius is a sign that prefers the creative life simply because they know their potential as a left-brained person could lead to total disaster. Creative, yes, but they are also destructive.

Unfortunately, they can’t balance a checkbook, so they are considered right-brained, for sure. Basically, Aquarius is right-brained out of default: the left brain won’t have them!

This sign is so analytical that you could mistake them for left-brained types; however, not so! They have such a burning passion for the creative arts that they let their heart do the deciding when it comes down to what’s important, and always, art wins. Geminis are very right-brained.

Between their fiery desire to deliver the greatest result in whatever they do, and their overwhelming ability to DO whatever they want, you’ll see that Leo’s proclivity is right-brained, creative and completely artistic. This is a sign that trusts their instincts and acts on them in creative ways. No math here!

Aries has a chance at being both right- and left-brained, but they have such an affinity for the arts that they tend to flow in that direction. Smart people, those born under the sign of Aries are also perfectionists; they enjoy the process of creating as much as they enjoy the results.

I’m not quite sure there’s ever been a Sagittarius that can do math, and they generally suck at business, which leads us to believe that Sagittarius are completely right-brained. They are the writers, artists, singers, songwriters and actors of the world, so, right-brained they are.

You wouldn’t automatically think of Pisces as right-brained, but then you wouldn’t be considering how their extreme sensitivity works for them in creative ways. Pisces may not end up as visual artists, but artists they are, and it is in creative acts that they help deal with life.

They are creative, right-brained, and hyper-sensitive in a way that seems to work for them. 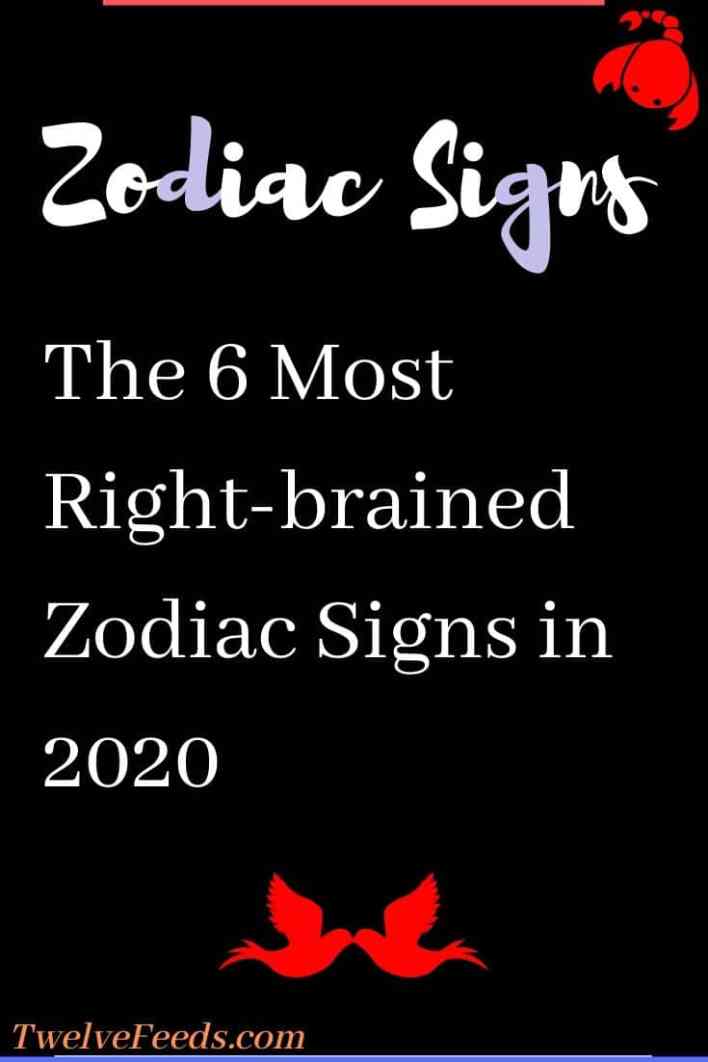 The kind Of Manager are you According to your Zodiac Sign