They have been bruised before and they deal with their trauma by closing their hearts down. They act robotic. Emotionless. They pretend they do not have any feelings as a defense mechanism. They are terrified of getting hurt again so they don’t let themselves care about anyone (at least, they don’t admit they care about anyone). how to love an Aries and Secrets Things You Need To Know About An Aries

Cancers are dying to be loved back. That is why, even though they have deep-seated trust issues, they continue putting their faith in people. Whenever they enter a new relationship, there is a tug-of-war inside themselves. A part of them is excited to see what the future holds and has faith everything will work out okay. But another part of them is suspicious and waiting for everything to end in disaster. Here are some qualities of Cancer men and how you should treat them the right way.

Even though Virgos come across as confident and secure in their skin, they have a nasty habit of comparing themselves to everyone around them. When they become interested in someone, they are always on the lookout for their competition. They are always worried their person is going to get stolen away. They have a hard time getting comfortable in relationships, because they are counting down the days until it ends. Here are the secrets things that you should know about loving a Virgo

Sometimes, it seems like Scorpios are all fun and games. It seems like they have no interest in settling down. But that is only because they are trying to make the party last as long as possible in order to avoid commitment. They don’t want to deal with the consequences of giving one person their heart. They don’t want anyone to have the power to hurt them. If you’re planning on dating a Scorpio then you should know the 15 Brutally Honest things about Scorpios.

This sign has trust issues — and they have no problem admitting it. They accept their baggage. They let their partners know how they are feeling on a day-to-day basis. When jealousy strikes, they will sit down and have a mature conversation about what happened. They will not let their trust issues get in the way of developing a healthy relationship with someone they care about. How to get a Aquarius Man fall for you

Capricorns come across as successful, put-together people.  It seems like nothing scares them. It seems like they are fine living without love. But that’s only because they are good at putting on airs. In reality, the reason they always keep themselves so busy and turn into virtual workaholics is because they have trust issues. They just don’t want to admit it — not even to themselves. If you’re planning on dating a Capricorn then you should know the Brutally Honest Secrets things about Capricorn. 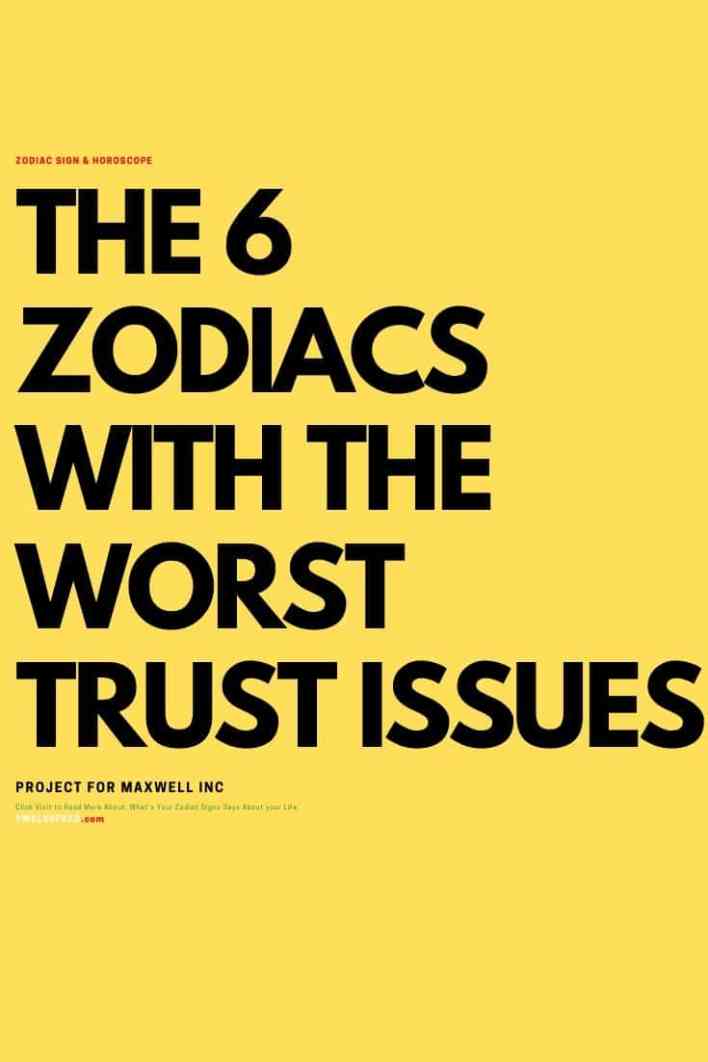 Toxic Relationship Quotes: 100 Quotes To Help You Move On