You’re unhappy because you’re settling for a life you don’t want. You’re just doing what you think you should be doing and it’s not bringing you the happiness you want in life. Stop settling and go live your truth.

You’re unhappy because your letting things you can’t control get in the way of the things you can control. Work on adjusting your mindset and believe in the good in your life. Happiness will follow as long as you focus on the good and all you do have.

You’re unhappy because you’re overcommitting yourself to other people’s lives and taking on their problems while you let yours fall unattended. Helping other’s is wonderful, but it’s time to start being less and less involved in other’s lives so you can be more involved in your own life. You can’t pour from an empty cup, so take care of yourself first.

You’re unhappy because you can’t let go of the past. You can’t let go of people and accept that their life is still continuing without you. It’s hard and it sucks, but you have to let it go in order to become happy with where you are right now. People change and you also changed – it’s inevitable. In order to find happiness in your life now, you need to stop holding on to something that’s long gone.

You’re unhappy because you keep all your emotions bottled up. It’s okay to admit that your life isn’t perfect and it’s okay to talk about your problems. You’re one of billions going through hard times, talking about them will take a huge weight off your shoulders. You don’t have to be strong all the time.

You’re unhappy because you’re seeking acceptance from people who you don’t even really care about. It’s time to let go of the idea that you have to be liked by everyone. Some people will never like you and that is okay! Because I’d bet that you don’t genuinely like every person in your life, either. Be thankful for the people in your life who you care about and who care about you, the rest shouldn’t matter.

You’re unhappy because you’re constantly worried about outside opinions and being judged. Everyone has insecurities and flaws, it’s what makes us human. Just be true to yourself and continue to be open and honest – that will attract the right people to your life.

You’re unhappy because you’re living a lie. You are trying to be someone you’re not in order to make your family or your friends or someone else (who isn’t you) happy. You convinced yourself to believe this is the life you’re supposed to live, but you know it’s not. Don’t conform to other people’s expectations anymore and start doing what makes you happy. You deserve to be happy.

You’re unhappy because you have all these big ideas floating around in your head, but you’re not doing anything with them! Knowing where or how to start is hard, but to be honest, no one know how or where to start, they just do. Trust yourself and start going after what you really want because if you don’t start you’ve got a zero percent chance of ever being successful.

You’re unhappy because you don’t want to be answering to anyone, yet you are. You’re constantly doing things that don’t fulfill you. You love your freedom, so adjust your life style so you can have your freedom back. Start thinking of new paths your life can take because you’re never too old to start fresh.

You’re unhappy because you always want more. You are forgetting about all you have and constantly looking at what you’re lacking. It’s unhealthy. You have so much, yet you can’t see it sometimes. Start focusing on all the good because you are so blessed. 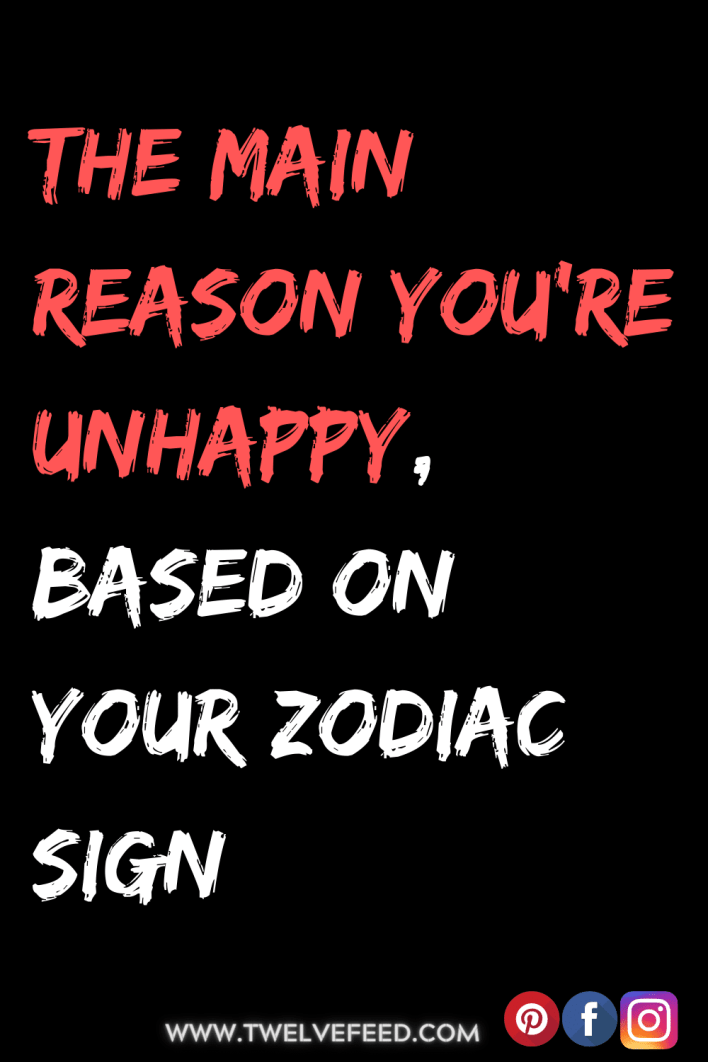 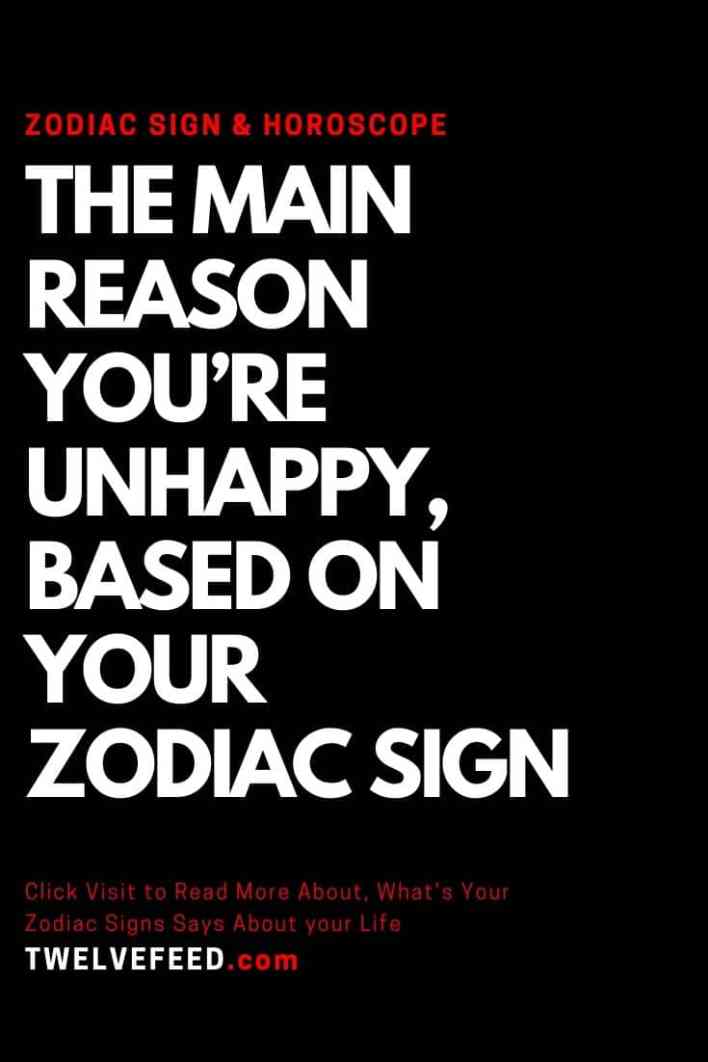 The One ‘Type’ You Should Stay Away From, According To Your Zodiac Sign

This Is The Top Relationship Deal Breaker For Each Zodiac Sign