You are adventurous — to a point. You like to try new things from time to time, but for the most part, you stick to a schedule. You like that people consider Aries courageous but the truth is that sometimes you aren’t even brave enough to raise your hand in class, let alone jump out from a plane.

Everyone thinks you are stubborn, but in reality, you are open-minded. You listen to other people’s opinions and try to see situations from their point of view. You let your friends pick the restaurant. You let your dates pick the movie. You are not dead set on doing what you want to do. You are open to ideas.

Everyone says your sign is fickle. They say that you cannot make up your mind about anything. But in your case, that couldn’t be further from the truth. From a young age, you knew what you wanted from this world. You have a good idea about what kind of career you want and what kind of house you want to live in. And once you find someone you want to date, you would never jump from them to the next person. You stay put. You make a decision and stick to it.

Everyone thinks Cancers are supposed to be natural born romantics and that’s just not you. Yes, you have a soft heart. Yes, you get attached easily. But you would never get married to someone on a whim and you’re not sure if you believe in love at first sight. You’re more practical than that. Love isn’t everything to you.

People say your sign is selfish. That you put yourself before anyone else, because you only care about yourself. But in reality, you care about your loved ones’ happiness more than your own. You are far down on your own priorities list. You want to make sure everyone else is okay before you even think about focusing on your own needs.

Everyone talks about how your sign is well organized — and honestly, you try your best to keep your shit together but you are far from perfect. Most of the time, you have clothing scattered across the floors. You have makeup tossed into drawers. You have food in the fridge well past the expiration date. Whenever someone stops by your place, you make it look nice, but when you are all alone you are as scatterbrained as anyone else.

Everyone thinks your sign is intense. That you are hard to get along with because you speak your mind without censoring yourself. Although it’s true that you can be blunt at times, you are only putting on an act when you claim that you don’t care what anyone else thinks. You are not heartless. You have feelings too. You just don’t let anyone see when they have hurt you.

People say your sign is afraid of commitment. That you would rather have flings than enter a serious relationship weighed down with responsibilities. But in reality, you are open to the idea of settling down. You just don’t want to choose the wrong person. You want to make sure you are with the right one before you decide to buy a house and slip on a wedding ring.

People call your sign boring but you have some of the most fascinating stories locked away inside of you. People just have to get to know you first. You are not the kind of person who has in-depth conversations with strangers. You save those conversations for the people who deserve them. The people who have proven you can trust them.

Some people consider your sign detached, but that is not the truth. Whenever you come across as cold, it’s because you have been hurt before and are trying not to get hurt again. You are trying to protect yourself. You are trying to act like you care less than you do in order to save yourself from heartbreak.

Your sign has been called a social butterfly — but you consider yourself socially awkward. You feel uncomfortable in most public places. You would rather hang out with one friend alone in their kitchen than with a big group at a bar. You value quality over quantity. You only have a few close friends and you are okay with that. 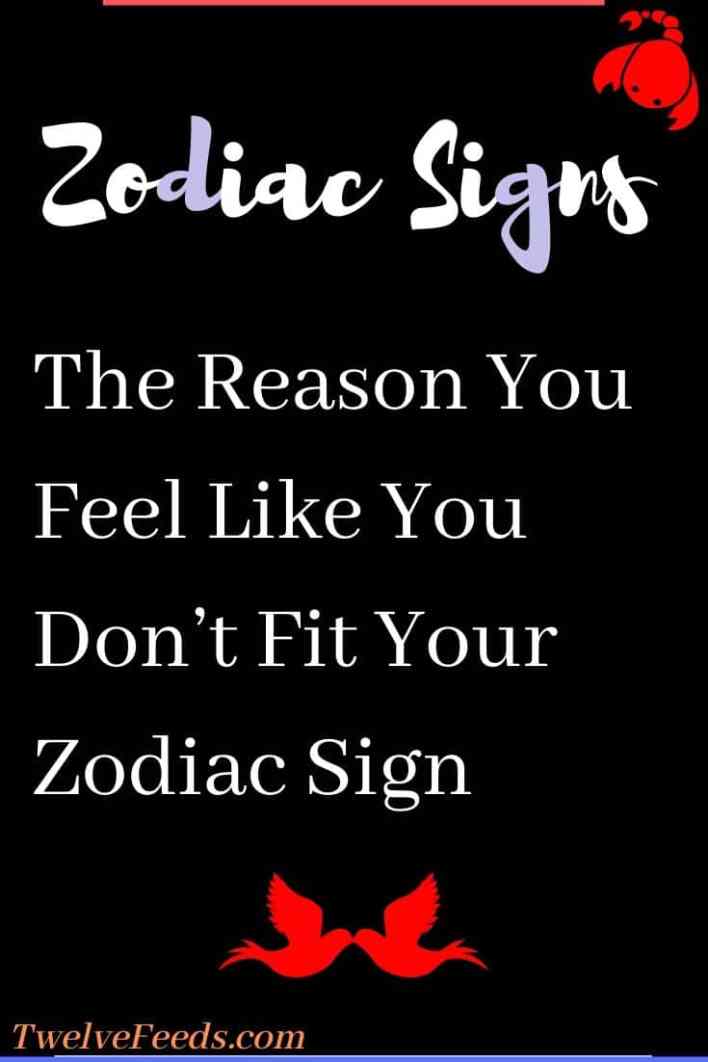 Why Each Zodiac Will Block You

I Don’t Check Your Horoscope Anymore