You get angry at the other person. You bash them to your friends, to the internet, to anyone who will listen. Then you swear off relationships. You tell yourself you are better off alone. You don’t want to admit how upset you are about getting rejected, so you end up acting like you couldn’t care less. You hide your real feelings behind sarcasm and insults.

You become obsessive. You stalk their social media. You text them three times in a row. You try to get answers out of them. You try to get closure. You try to get back together. You have a hard time moving on and you’re not afraid to let them know it. You will fall on your knees for them. You will beg for them because you are unable to see you deserve better.

You immediately look for someone else to fill the void in your heart. You text exes. You hook up with strangers you aren’t even that attracted to. You make out with the first person who thinks you’re cute in order to make you feel better about the person who decided to toss you aside. You look for validation outside of yourself instead of searching within.

You delete the person who hurt you from social media. You delete their number. You delete old photos with them. You delete screenshotted texts from them. Even though you had good times together and might want to look back on those memories in the future, you cut this person out of your life without thinking twice. Even if they weren’t toxic, even if you could’ve been friends, you don’t care. You purge them from your world.

You dive headfirst into your career. You work extra hours. You start extra projects. You keep yourself busy so you don’t have to think about how upset you are about losing someone you really cared about, someone you really connected with. You turn your heartbreak into a reason to be productive, which could be a good thing, but you take it a little too far and exhaust yourself, burn yourself out, work yourself until you’re seeing stars.

You get drunk. You get high. You get laid. You drown yourself in distractions — fast food and desserts and cigarettes. Or maybe even running and weight lifting and pushups. Either way, you try your hardest to numb your heartache. You do anything you can to take your mind off your pain. Anything.

You carry your baggage into your next relationship. You hurt someone else in the same way your ex hurt you. You don’t do this intentionally. You don’t set out to hurt anyone. But as you will tell your future partners, your ex really did a number on you. They really fucked you up.

You listen to love songs. You watch classic movies. You read romance novels. You torture yourself by watching smiling couples live out their happily ever after. Instead of realizing heartache happens to everyone and the single life isn’t actually bad, you trick yourself into believing there is something wrong with you for still being single at your age.

When you go through heartbreak, you hide yourself away. You lock yourself in your room. You cry into your pillowcase. You turn down friends when they ask to hang out. You become a hermit who sleeps, eats, and binges Netflix. You take a long time to cry yourself out before you are ready to face the world again. 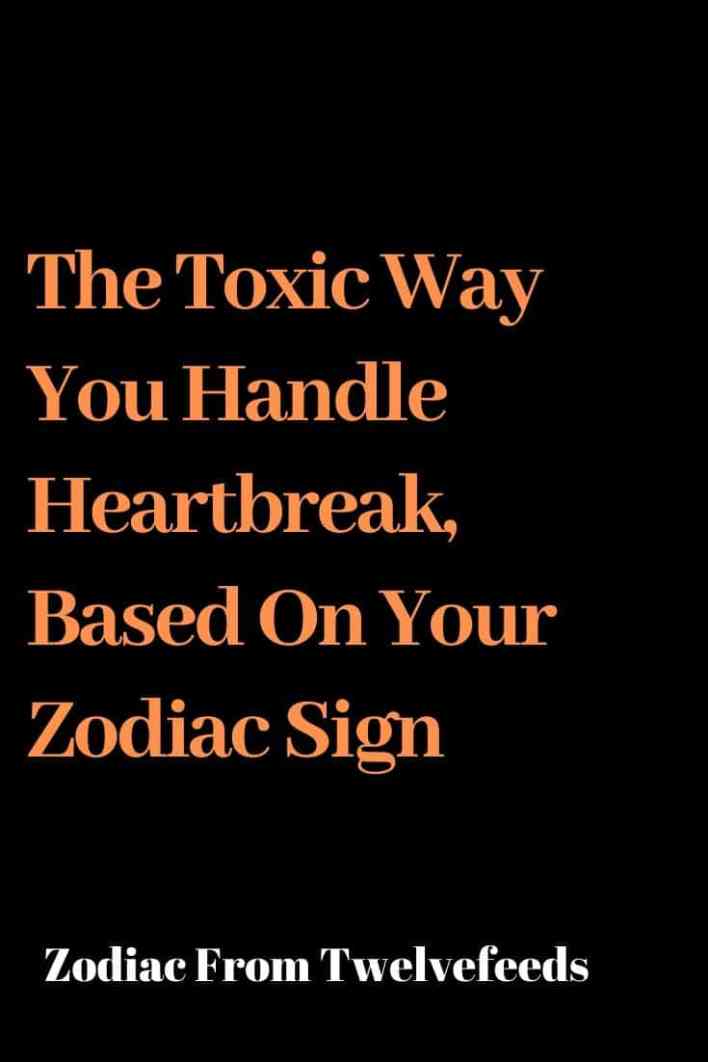 What You Should Know About The Sagittarius: The Optimistic, Amorous Truth-Seeker Of The Zodiac

This Is How The Super Full Moon In Virgo Will Effect You, Based On Your Zodiac Sign