You need to make sure that you don’t marry a guy with a fiery temper. Remember that as an Aries, you already have a very fiery personality. You are a very intense character who likes to live life on the extremes. You don’t need a boyfriend who is only going to serve as an enabler to your craziness. You need a man who is going to help calm you down when you get too intense.

Stay away from a drama king. As a Taurus lady, you don’t really like to put up with all that nonsense. You are someone who HATES drama. You don’t really want to have to deal with any complicated relationships with complicated people. You want a boyfriend who you can always rely on for dependability and consistency. You aren’t in the business of dating wild cards.

You get bored way too easily. There’s no sugarcoating that fact about you. As a Gemini, it really takes a lot for anyone to hold your attention for long. That’s why you should never date a guy who is too predictable and stable. You would get bored of a guy whose behaviour you can predict. You need a dynamic personality that is going to be able to pique your interest on a consistent basis.

As a Cancer, you have a very sensitive and emotional soul. You are someone who feels emotions on a level that most people typically can’t access. You are also a giver by heart. You have a very kind and selfless soul. That’s why you shouldn’t date a boy who would just take advantage of you. You don’t want to be in a relationship with someone who leeches off you like a parasite.

You can’t survive being in a relationship with another strong personality. You can’t have an alpha male for a boyfriend because you would just butt heads too much. That’s a lot of friction for the relationship and you won’t be able to work things out.

How to get a Aries Man fall for you

How to get a Scorpio Man fall for you

Steer clear of the selfish man. As a Libra, you have a very kind and sensitive soul. You always want to stay mindful of the needs and feelings of those around you. However, that leaves you susceptible to being used and abused by selfish people. That is why you can’t be putting yourself in such a vulnerable position with an abusive man.

You shouldn’t be with a flirty boyfriend – someone who will drive you nuts with his playful nature. As a Scorpio, you can be very jealous and insecure in relationships. That is why you would never be happy in a relationship with someone who just can’t help but flirt with other people.

Make sure that you don’t date a boy who doesn’t respect your need for freedom and individuality. As a Sagittarius, you absolutely hate being tied down. You are someone who always wants to be exploring the world. You are always looking to be immersing yourself in new cultures. You can’t do that if you have a boyfriend who only wants you to stay put.

Just avoid the needy boyfriend who demands too much of your time and attention. As a Capricorn woman, you aren’t really the typical kind of lady. You don’t just live life on the sidelines. You genuinely want to take on the world and make a name for yourself. That’s why you don’t have much time for the kind of boyfriend who always needs you to be around him.

As an Aquarius, it would be in your best interest to stay away from insensitive and emotionless robots. You are a very smart and intellectual person. You have the immense brain power and that is your greatest ace. However, you don’t do well with feelings and emotions. That’s why you need to only be with someone who helps you tap into your feelings.

Make sure that you don’t date another dreamer like yourself. In your case, you have your heads up in the clouds way too much. That means that you often get lost in your fantasies. You need to be with a guy who manages to bring you back down to earth. 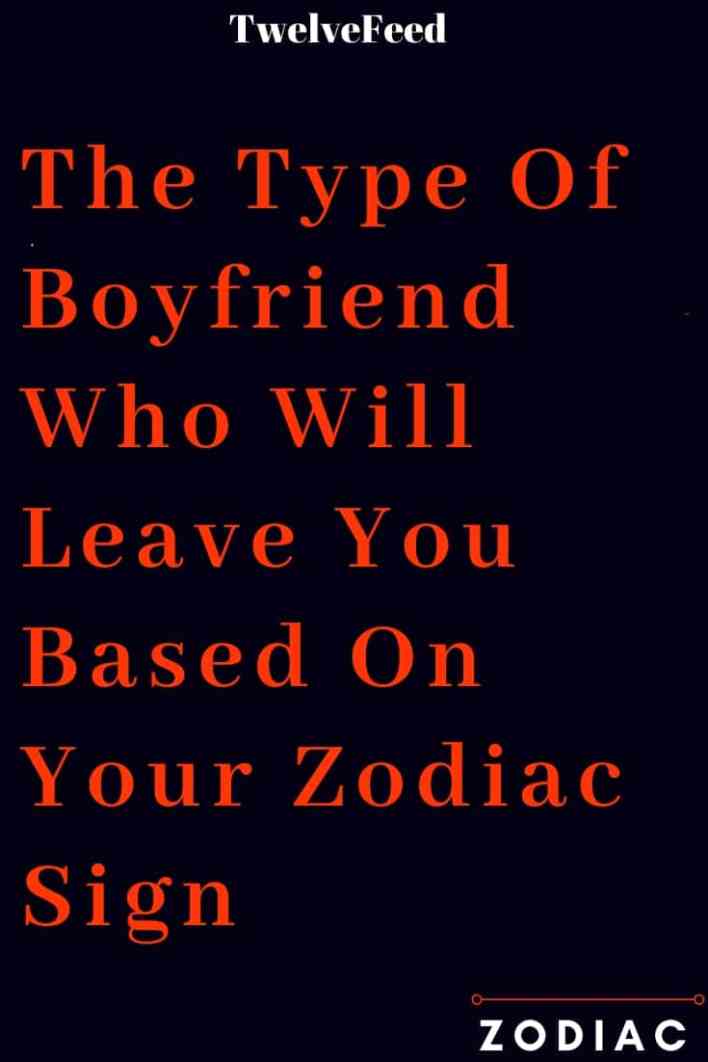 You Should Treat Your Boyfriend Based On His Zodiac Sign

How To Find Love You Deserve – According To Your Zodiac Sign