They back off. Aries are so straightforward and headstrong that when they are consciously aware of the fact that they are trying to deceive you or are generally in the wrong about something, they don’t try to actively push back or argue their case. Instead, they isolate and rescind from the relationship, leaving the grey space to speak for itself.

They try to distract you. Taurus’ are visual, creative, aesthetic and very skilled at creating an image of their lives that is exactly what they want you to think it is. They are capable of being deceptive by nature, though they aren’t naturally malicious about it at all. When a Taurus is keeping something from you, they will almost seem to go out of their way to subtly convince you that everything is well, fine and dandy.

The guilt will start to eat at them, and they will start to show it. Geminis are so naturally honest and, at times, self-critical that being dishonest to someone is actually more grating to them than anyone else. Geminis won’t be able to hide the fact that they aren’t being authentic… at least, not for long. You’ll start to see small signs of distress and concern here and there. After a while, it will all come bubbling to the surface, it always does.

They get awkward, or they hide it seamlessly. This is one of the most interesting dynamics of a Cancer. When they are trying to hide or keep something from you, one of two things happens: they become just awkward and off-kilter enough that you realize something’s up, or they hide it from you so effortlessly that you will be shocked to find out anything was ever happening in the first place. As sensitive, emotional creatures they are, their interests are tied up in either letting their discomfort show or hiding it so that they don’t have to face the consequences.

They pretend that nothing’s wrong. Leos are the scariest of the zodiac signs when it comes to potentially being dishonest because they have an incredible way of even convincing themselves that nothing’s wrong. If a Leo doesn’t want you to know something, you won’t know it – and you will have no idea that you don’t, either.

They’ll get quiet, and then they’ll confess. For a split second, a Virgo will consider whether or not they are capable of pulling off keeping something from you, but Virgos are so transparent by nature that it will come out sooner rather than later. Virgos have a deep need for honesty in their lives, so even if it doesn’t serve them to be transparent, they will be. You usually won’t have to worry that a Virgo will keep a secret for long.

They won’t confess, but they won’t lie, either. Libras are excellent at staying balanced and #chill when it comes to picking and choosing the details of what they want known about their lives. Though they won’t outwardly be dishonest, they won’t necessarily confess unless they really need to.

They will lie and take that secret to their grave. Scorpios are locked vaults when it comes to the deep and twisty inner workings of their minds. What comes across on the surface as a sarcastic, light-hearted demeanor veils a truly wild inner world. Scorpios are basically always keeping a secret from someone, and they should be because being completely honest about everything that’s going through their minds would probably terrify us all.

They’ll make a sarcastic joke about it. Here’s a good rule of thumb: any time a Sagittarius is making a joke about, um, anything, trust that at some level, what they are saying is completely, 100% real, and their humor is just their way of coping. You can unlock a Sag’s psyche through what they think is dry enough to crack a joke about.

The only weird thing that will happen is that they will be honest to the point that it’s confusing why they’re revealing so much about what’s going on. Capricorns are like, basically incapable of being dishonest because they think so literally and realistically about things. With a Cap, if they are being just a little bit too confessional, it’s a red flag that there’s something going on that’s not sitting right with them.

They warp their view of reality to support what they want to think is true and then actively villainize anyone or anything who doesn’t align with their new worldview. This is why you’ll see so many Aquarians actively hating on things that seem so benign, unimportant and unthreatening. At some level, they need to believe that those things aren’t real or true so that they can continue to ascribe to what makes them comfortable. Aquarians don’t think they are dishonest, they twist their world – and yours – until they are correct.

They get smirky and coy. Pisces depart from their usual emotional, artistic tirades when they are trying to hide something. Because they are typically so honest about how they feel and what they are experiencing when they know they have something to hide they often become almost playful and childish about it. Pisces aren’t hardhearted or malicious at their core. They won’t argue for long if you call them out on what’s really going on. 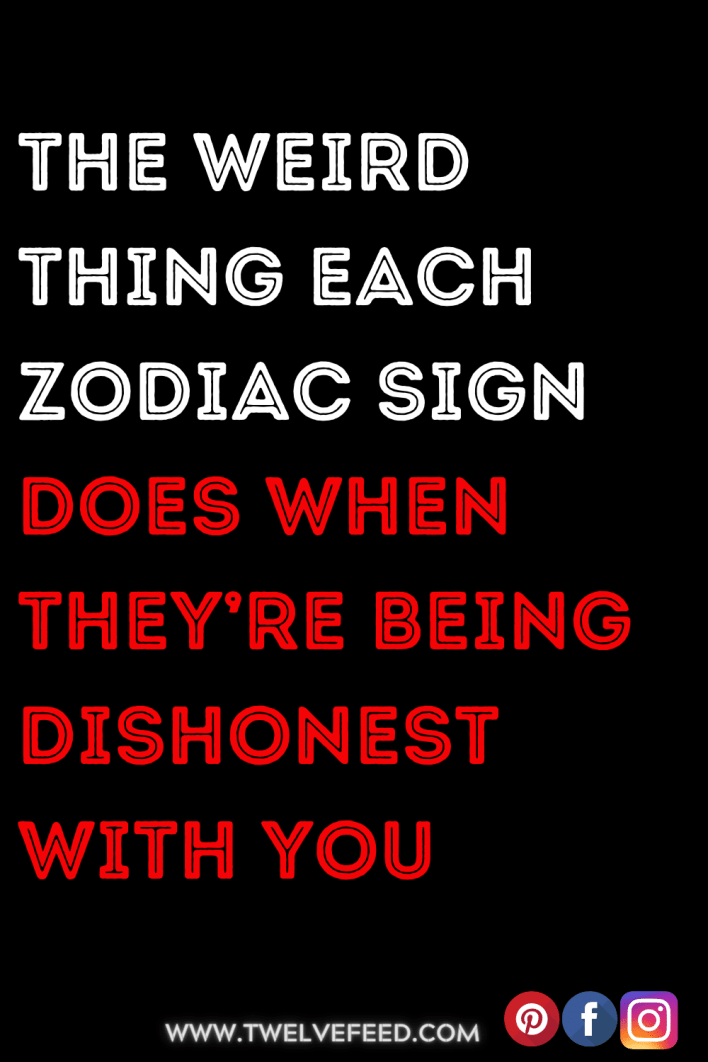 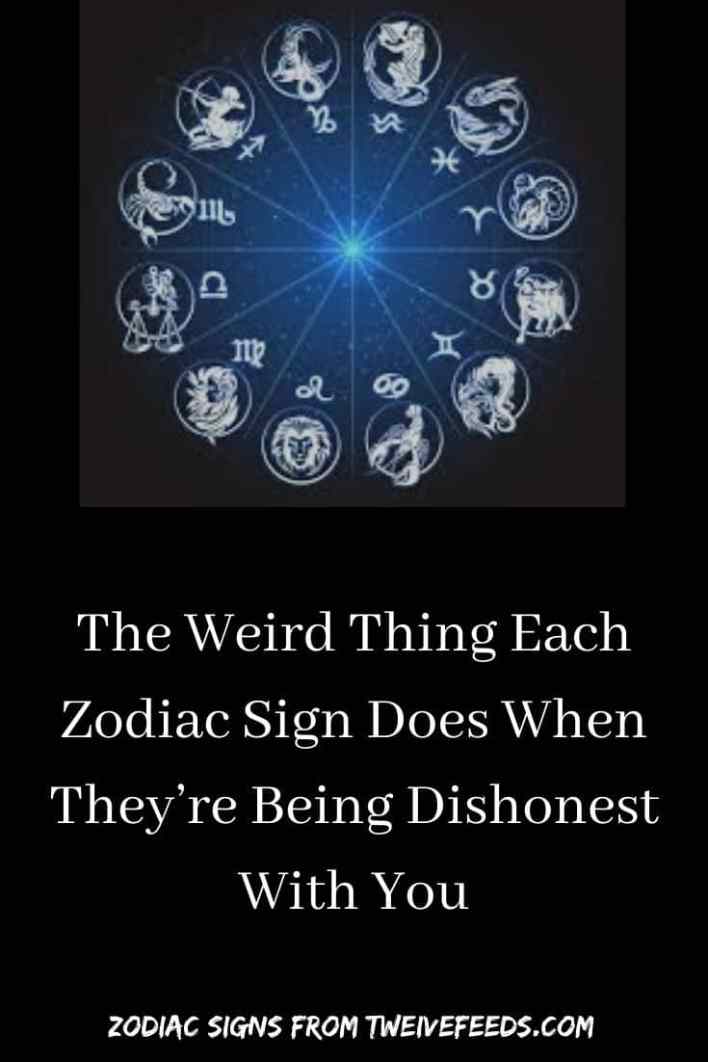 This Is How You’ll Lose Her Once And For All, Based On Her Zodiac Sign

This Is Your Going Out Personality, Based On Your Zodiac Sign