Facebook Twitter LinkedIn Tumblr Pinterest Reddit VKontakte Odnoklassniki Pocket
I’ve seen people do this before and I want in on it! These are my descriptions of the different zodiac signs based purely on people I’ve known from each sign. If you’re unhappy with the description of your sign, just know that I’m not attacking you, I’m attacking one specific person of your same sign. Enjoy.

Aries: Impulsive. Easily jealous. Their hearts are too big for their bodies but somehow, they take it out on themselves. They care so damn much about the right people but never enough about themselves. Lost. I miss my aries.

Taurus: Fucking beautiful. Self-loathing. It’s not necessarily that they have an addictive personality, but rather they fall in love with their vices. They romanticize everything that’s just outside of their reach. They make you fall so fucking in love with them so quickly. My Taurus would show up to my dorm, drunk as hell, and only wanting me. But they’re also distant. It’s always about whatever is the furthest away and never about what’s right in front of them.

Gemini: Extremely articulate. Very charismatic. They can get super “in their own head” and mentally vanish for hours. They’re pretty shy, but if you approach them first you’re going to have an amazing conversation. They have great laughs that always welcome you in.

Cancer: interesting. People pleaser. They want everyone to like them and they will change their persona to match whoever they’re talking to. They genuinely just want to make people happy. They’ll do anything for the people they care about. They think they’re very guarded but they always seem to fall in love very quickly.

Leo: So wonderful. They’re extremely intelligent but they never seem to get the payoff that they deserve for their hard work. They know exactly what they want but will never go after it. They’ll have so many images in their heads of what they’re looking for in a partner and then go after everyone else instead. They break down over little things but it’s probably just a build-up of so many other things they’re dealing with at once.

Virgo: They never really know themselves. They shape themselves off of what they think is cool rather than who they are inside. They’re easily frazzled and never sure how to handle it. They want you to love them and only them. They use their jealousy as a weapon. But their hearts are pure. Their intentions are always for the best. At least that’s what they believe. Loyal to a fault.

Libra: Always excited to see you. Always into some new trend or lifestyle or belief system. Easily persuaded. Huge hearts. Just the sweetest. One day, they’ll remember every moment of every interaction you’ve ever had with them and be able to recall even the smallest details, and then the next they won’t even remember what month you were born in. Silly. Their love for themselves is something everyone should strive for.

Scorpio: Oh man, they come off as such bitches. They never make a good first impression. But they’re just chill as hell. They just want to go to the nail salon with someone and share a bottle of wine. Obsessed with aesthetics. They’re either extremely well put together 24/7 or they live in the same sweatpants for weeks. Everyone uses them and Scorpio is well aware of this. That’s why they may seem hard to get to know at first. But it’s worth the struggle.

Sagittarius: Way too cute. Just freaking precious. They are extremely caring and always want to help people. Kindness comes above all else. Except when it comes to themselves. They just don’t treat themselves the way they deserve to be treated! They’re wonderful and they need to see it too! They don’t admit how jealous they are. They’ll break up friendships in such a sneaky way that you would assume they never even had a hand in it.

Capricorn: They’re all huge cuddle bugs. Super addictive personality. Either nothing is ever their fault, or absolutely everything is. Any emotion they have, they always feel it at 5000% power. They live in the moment and never think things through properly. They really should live alone tbh. Fiercely loyal. The best hugs, hands down.

Aquarius: They are certain that they know more than you and they won’t be asking for second opinions, thank you very much. They’re weird in all the best ways. They’re very intelligent -and if they’re not, they’re so damn good at talking that they’ll have everyone convinced that they’re a genius. Their energy needs to be properly directed or else they’ll probably destroy everything.

Pisces: Always sleepy. Obsessed with being an artist, but they can’t stop daydreaming and doubting themselves for long enough to work on their art.

Self-destructive Either nothing bothers them or everything does. They love plants and animals more than humans. They see random people on the street or in cafes and they can imagine a whole, fairytale life with them. 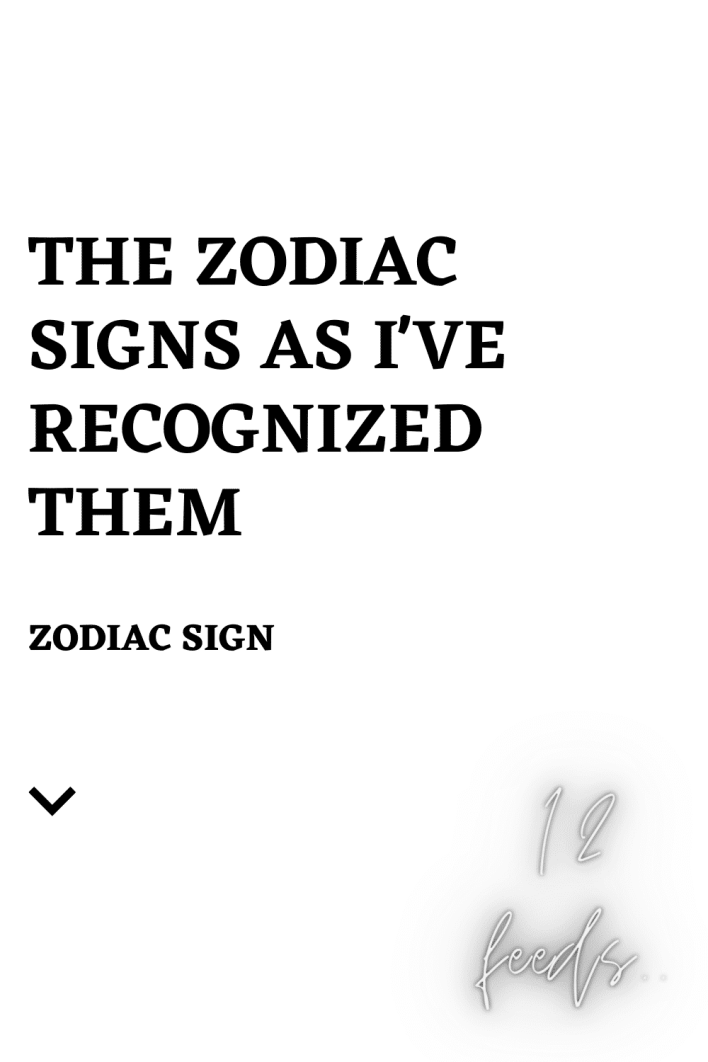 Just Found Out Top Ultimate Signs and I Love Them

Why These Zodiac Signs Are So Admirable