You’re a skilled liar. You can cancel plans with your friends or call out of work sick, even when you’re in perfect health. You can get anyone to believe anything.

You have a habit of laughing at things that are not supposed to be funny. People falling down. Getting hurt. Making complete fools of themselves.

You listen to hardcore music with lyrics that you would never want your parents to hear. And your browser history is filled with websites that you wouldn’t even tell your best friend about.

You would do absolutely anything in order to protect the people that you care about. You would cover up a murder. Commit a murder. Anything — as long as it kept your loved ones safe.

You hate leaving the house, unless your makeup is applied and hair is frizz free. Whenever you walk past mirrors (or any type of reflective surface), you check to see how good you look. You’re obsessed with your appearance.

You get jealous easily. You want your neighbor’s car. Your sister’s nose. Your friend’s dog. You always want what you can’t have instead of appreciating what you do.

You have tattoos, piercings, and dyed hair. You walk around with fishnets and your cleavage showing. You love showing off your body and you don’t give a fuck about people who judge you for it.

You curse like crazy. It’s hard for you to complete a sentence without throwing the F word in there somewhere. And most of the jokes you tell are super inappropriate. You have the dirtiest mind around.

You’re obsessed with sex. You picture everyone you see naked and wonder how good they’d be in bed, how much they’d moan and what position they’d like best. Sex is always on your mind.

You question too many things. Politics. Love. Religion. You don’t believe anything until you see it with your eyes first.

Even though you would never act on them, you have really dark thoughts. When someone pisses you off, you imagine slitting their throat or drowning them. Your anger gets out of hand.

You like to party. To drink. To gamble. To dabble with (soft) drugs. All of the things that your parents warned you to never do. 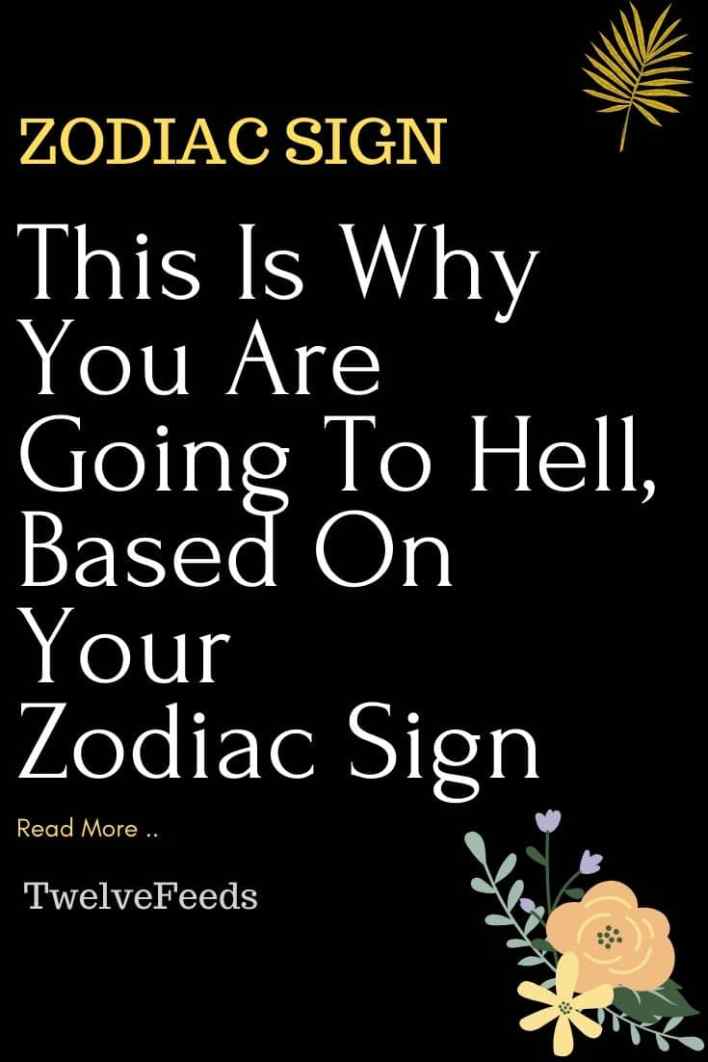 How To Heal Your Broken Heart (In 5 Words), Based On Your Zodiac ‘Cusp’ Sign

The Risk You Should Take That Will Change Your Entire Life, Based On Your Zodiac Sign