Nothing polarizes fanatics of men’s fashion trends more than beards. For some, the rugged vibe it gives off is so irresistible that women can’t help but fawn over a neatly trimmed mustachio or a full-on chin curtain.

For others, facial hair is such a huge no-no that anything less than a close shave smoother than a baby’s bottom will do.

And for others with more unique tastes, beards are only hot if they’ve got a certain style going on like mutton chops or the handlebar mustache.

While there’s no right or wrong answer to the question on whether you should grow a beard, there are a few things you may need to consider first:

#1 Can you grow a beard? Chances are, if your dad never grew a beard, you probably won’t either. It’s just a genetic disposition that you can’t escape, no matter how badly you want your facial hair to grow. Sadly, there are some guys who wish for the lumberjack beard, but can barely grow peach fuzz.

#2 Will it suit your face shape? Beards are great for adding a bit of definition to the jawline or for creating a bit of character to an otherwise regular mug. If you’re thinking of growing a beard, think about the style you want and whether or not it will suit you.

#3 Can you maintain a beard? Beards don’t just grow into miraculous manes of manly perfection. There’s shaping, trimming and shaving involved. If you can’t handle the daily routine involved with maintaining a beard, you’ll end up looking like you’re sporting a bird’s nest on your chin.

5 reasons you should grow a beard

On the fence when it comes to growing out your beard? Here are five reasons that will get you excited to grow out your facial hair.

#1 Your partner loves it. It may sound trivial, but for those who know from experience, a beard is a powerful sexual tool. If it makes for a sexy time, that’s a good reason as any.

#3 You’re in a rugged trade. There are just some occupations that give you a mental image of a man with a beard. Lumberjacks, for instance, work in harsh winter weather, and they need the beard for some added warmth. Men in the physical labor force are also often pictured with beards, as it adds to their manly image.

On the other hand, if you’re a dentist and your patients constantly complain about your beard tickling their chins when you look into their mouths, you’re probably better off not sporting a beard.

#4 You can grow a nice beard. Because let’s be honest, not everyone does. If you can naturally grow a beard overnight or your beard simply grows out without the annoying patching, flaunt what Mother Nature gave you! Share it with the world and let other men marvel at your natural propensity for sporting the perfect mustachio! Of course, if you work in a stuffy environment, or it conflicts with your personal life in another way, don’t, but it will be a shame.

# 5 You have the right personality. A beard is only as good as the man behind it. If you’re practical, simple, avoid drama, enjoy meaningful conversations, have interesting things to say, and are a gentleman, grow a beard. There are too many bearded men out there who are rude, and trend-setting. Stand up for the beard, go against the masses by being a proper bearded man.

And now, five reasons not to grow one

With all those photos of rugged men sporting gorgeous beards, you may be itching to get on the beard bandwagon. But I urge you to consider the following points:

#1 You grow a bad-looking beard. It’s sad but true, not everyone is blessed enough to grow fabulous facial fuzz. If you’re the guy that tries for weeks, and you only manage to look like you have pubes stuck to your chin, please shave.

If you’re the guy that doesn’t need to shave every week or doesn’t get a five o’clock shadow every day or every other day, just shave. Accept it and move on. You’ve been dealt a bad hand, sir.

#2 You’re a hipster. Or trend-follower. Here’s a lesson guys: growing a beard as a trend is not a reason to grow a beard. Just because all your hipster friends are doing doesn’t mean you should. Don’t follow fads. If you must, don’t follow the beard one. Why? Because we ladies can tell when you grew a beard to be a trend-follower.

Don’t set yourself up. Plus, here’s a thought: hipster is the definition of indie. If everyone is being hipster, how indie is it, really? And how original are you being with that beard? It’s not a new phenomenon.

#3 You work in a stuffy professional setting. If you meet all the good reasons to grow a beard above, except for #3, that’s really unfortunate. Now, keep in mind, a lot of professionals work in the creative field and as long as you keep your beard trim, it’s fine. But if your profession specifically looks down on facial hair or if you’re unable to groom your beard to your workplace’s standards, keep the razor handy.

#4 You’re lazy. Having a beard doesn’t mean you’re lazy. There are plenty of beard care products out there to keep it looking nice. A lot of work goes into it. If you’re going to grow a beard and then let it take on a life of its own until you have a neck beard thing going, stop. Don’t grow a beard. You’d be ruining the reputation of the guys who put in the effort.

#5 You’re not rugged. Again, this one can’t be helped. If you’re slender, small for a man, or don’t know the first thing about power tools, don’t grow a beard. If you have never done hard manual labor, even as a hobby, don’t grow one. If you’re only a hair bigger than your girlfriend, don’t grow one. To have a beard, a certain je ne sais quoi is required, and that’s ruggedness. Otherwise, it kind of looks like you’re overcompensating, and that defeats the purpose of a good beard. 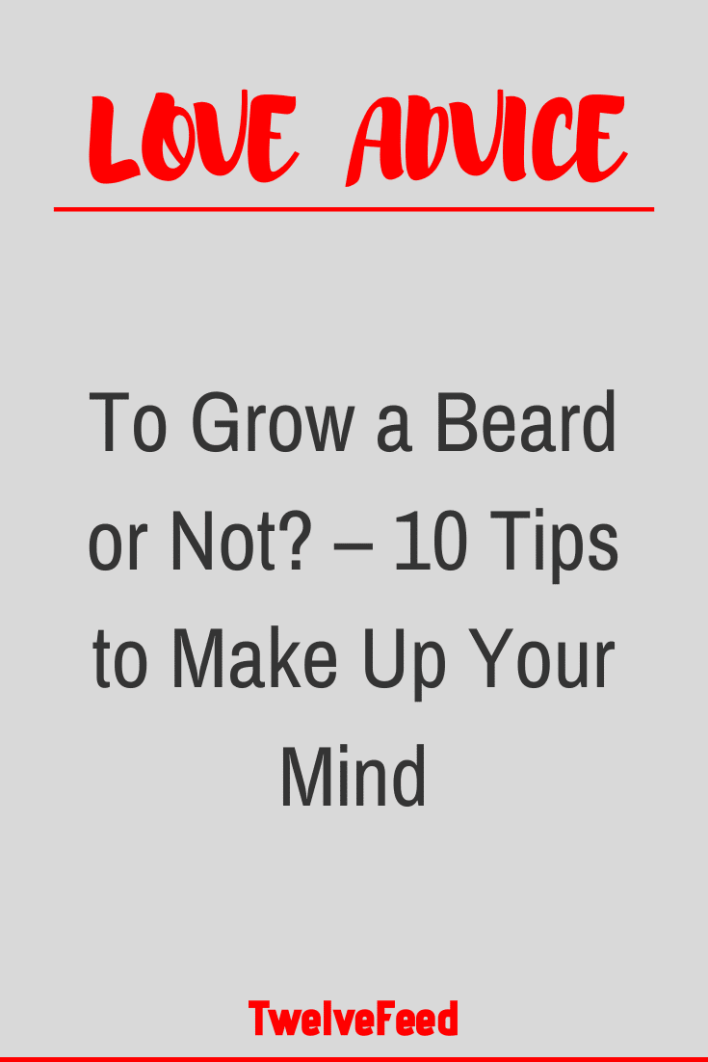