An Aries in love is difficult to miss. They love intensely, wildly, and unabashedly. They are not afraid to act on their impulses and they never hesitate to be open about how they’re feeling. If Aries is falling for you, chances are that sooner or later, you will know this without a doubt. And although the depth and ferocity of their feelings can be intimidating, it’s also wonderful to not have to wonder and guess and play games for once in your life and to simply know when someone is into you.

A Taurus in love wants the whole world to know they’re in love. Not only are they proud and excited to show you off to everyone, but they are also eager to see how you fit into their life, their friends, and their world. When it comes to their feelings, they’re calm and steady and uncertain – unafraid to discuss ‘the future with you and to talk about ‘where this is going.’ When a Taurus is falling for you, all you have to do is hold on, because they are more than happy to take the lead.

A Gemini is open and unreserved and vocal – about everything except their own feelings. Although Geminis can be quite the social butterflies, with a contagious spirit and tons of friends, they also have a very anxious and reserved side, which mostly comes out when they’re feeling vulnerable. When a Gemini is falling for you, what’s most likely to happen is that they’ll be warm and charming and irresistible – and then the moment their feelings for you go from a harmless crush into something more, they’ll clam up faster than you can believe, taking much longer than you would ever expect in order to address how they feel.

Cancers in love can barely contain themselves. Cancers love being in love. They prioritize their relationships with friends and family (and their significant other) above all else, and much of their joy comes from taking care of and opening their hearts to others. When a Cancer is falling for you, they’ll be unable to control their own thoughtfulness – whether it’s picking up your favorite beer for you when they come over or writing you a sweet note before work, all they want to do is take care of you, surprise you, and make you smile.

Leos are used to other people falling for them, thanks to their charm, charisma, and warmth. They’re accustomed to feeling confident, self-assured, and in control of their relationships. So when the tables are turned and a Leo finds that they are the one falling for you (typically very intensely and very quickly), they often feel overwhelmed and like they need to act on it immediately in order to feel relieved and in control of their emotions again. When a Leo is falling for you, they’re going to address it head-on, they’re going to act on it fast, and they’re not going to be deterred very easily.

A Virgo in love tends to be very lost. Virgos are notorious over thinkers, and this characteristic is very much exacerbated when it comes to love. When a Virgo starts to develop feelings for you, they typically do the opposite of acting on those feelings – they’re really afraid of getting hurt, so they close themselves off, keep to themselves, and do whatever they feel they need to do in order to protect their own heart. But the one tell that still gives them away, even after all of the ‘closing off,’ is that they can’t stop themselves from wanting to do kind things for you. They might completely shut off when it comes to talking about emotions, but they can never stop themselves from filling your car up with gas or bringing you soup when you’re not feeling well; even when they’re trying to stifle their own feelings for you, they can’t help wanting to take care of you.

A Libra in love is usually just trying to find its footing. It’s never about gaining the upper hand or trying to impress you by remaining cool and aloof. For Libra, what they’re thinking about is how their feelings are going to affect you and the current relationship that the two of you have. If it started as a friendship, are they going to risk the friendship or make you feel uncomfortable by allowing them to have feelings for you? If it did start as more of a friendship – are the two of you on the same page? how can they make sure they aren’t rushing you? what’s the best way to let this unfold naturally and enjoyably? For Libras, the primary concern is keeping both of you happy and relaxed; when they’re falling for you, that’s the main thing occupying their mind.

A Scorpio in love is about as complicated as you can possibly get. Scorpios are used to keeping their emotions and innermost feelings are hidden from everyone else, so when they find themselves falling deeply for you, they feel totally thrown off and all out of whack. Oftentimes, this will actually lead to them completely avoiding you or simply not acting like themselves around you, but when they fully trust you enough to let their walls down, they will love you more fiercely and more intensely than you’ve ever been loved before.

A Sagittarius in love is infectiously playful, bright, and irresistible. They are always upbeat and optimistic, and because of this, it might feel like they are putting on an act or only letting you get to know the surface-level version of themselves. But in actuality, that’s just how a Sagittarius learns to become comfortable with someone else – they open themselves up to you in a bright and positive way, and then once they feel like they can truly trust you and be themselves around you, they will let you get to know them on a deeper and more intellectual level. They’ll always maintain that playful and fun-loving attitude, but you’ll know that they’re truly falling for you when they start to open up about their worries, fears, and vulnerabilities too.

A Capricorn doesn’t have time for games. They’re not interested in the chase, or the thrill of the unknown, or the ambiguously flirty texts. They’re focused, they’re to the point, and they’re practical – and they are as much this way in their love life as they are when it comes to their career or their ten-year plan. When a Capricorn is falling for you, they’re not going to run in circles, they’re just going to straight up tell you how they feel. They like you, and either you like them too or you don’t. This revelation of feelings might not be immediate, though; they are somewhat reserved, so it might take them a little while to truly figure out how they feel about you. But as soon as they become aware of it themselves, they’ll be filling you in with whatever information they have to give.

When falling in love, an Aquarius’s instinct is often to try to remain as detached and aloof as possible for as long as possible. An Aquarius really values their independence, their sense of self, and the life they’ve created for themselves – so when someone like you comes into their life and shakes everything up, it can make them feel really all over the place and totally off guard, leading them to try to remain unemotional out of self-preservation. However, at their core, they do still have a nature that craves a connection with others, so they won’t be able to keep themselves walled off from you for very long.

A Pisces in love can be incredibly romantic. They are very sensitive and compassionate souls, and this is a wonderful characteristic that you will greatly appreciate. It will get a little challenging for you if or when they get caught up in the fairy tale of it all, but they are so earnest and sincere that it will still come off as endearing. When they’re falling for you, you’ll definitely know it – Pisces really believe in soulmates, and when they find something good, like a relationship with you, they won’t let it slip through their fingers. You can believe that they’re never going to let their ego get in the way of finding happiness with you. 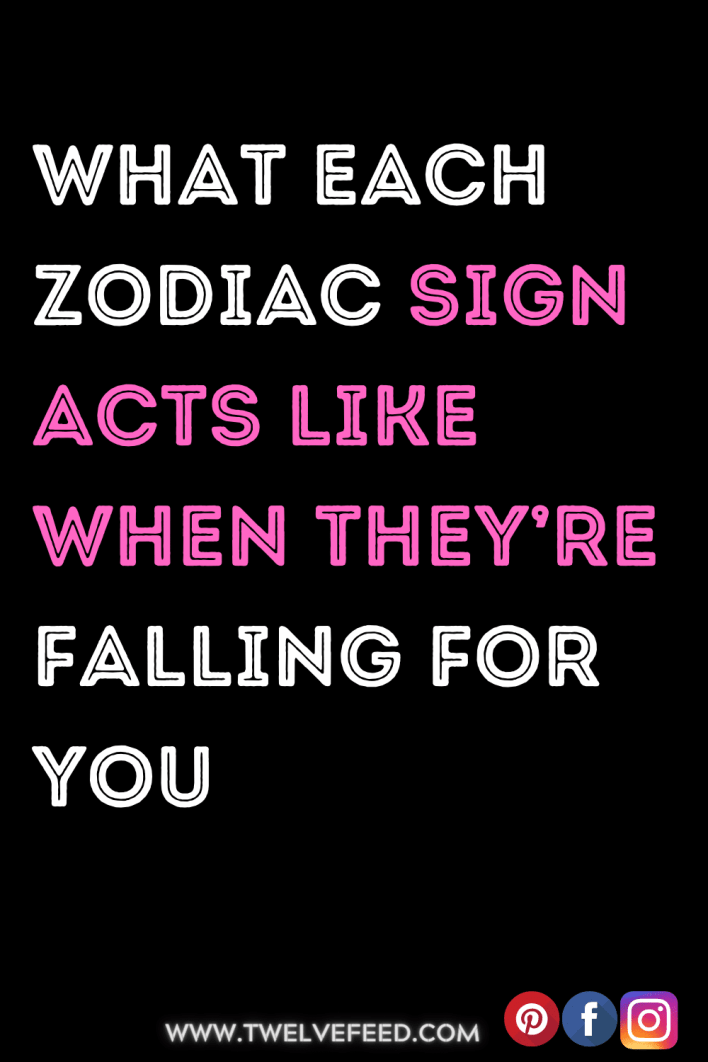 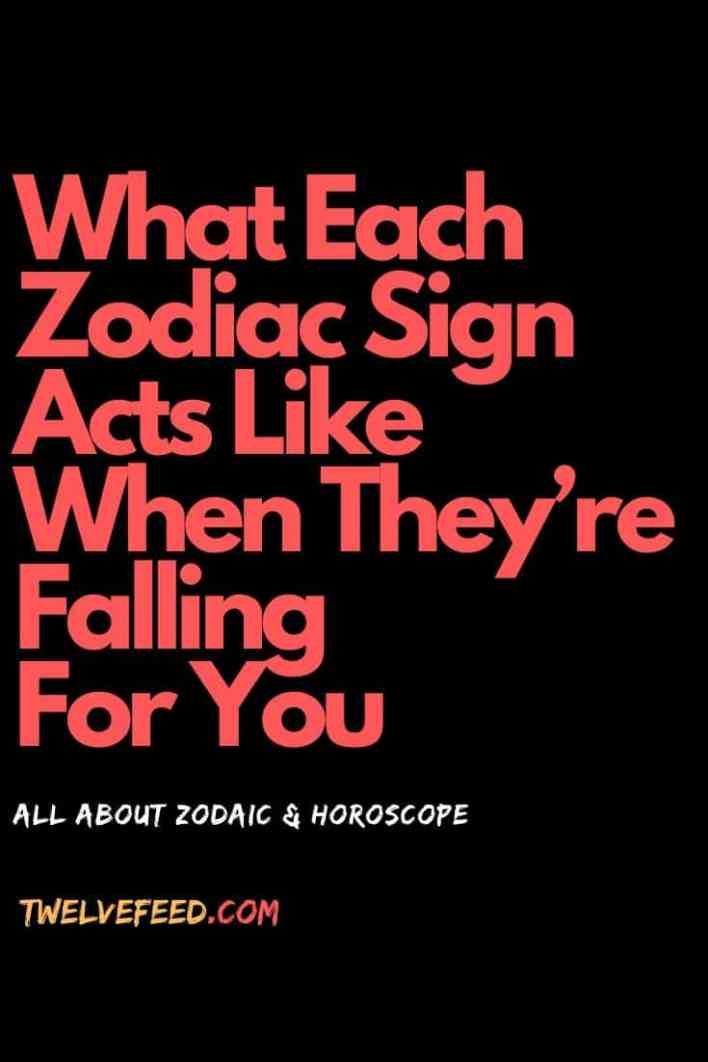