You wake up hours before your alarm is set to go off, eager, anxious and maybe even a little optimistic, misguided as your often justifiably pessimistic temperament tries to tell you it is to feel even an inkling of that emotion.

There’s the potential that overnight while you have been restlessly and fitfully drifting in and out of consciousness, things have changed, that the pendulum has swung back in what you would call your favor — and they have decided to rekindle a conversation that on their end has become mostly ashes and a few embers left (you think) intentionally glowing.

It’s kind of counterintuitive (not to mention potentially detrimental to overall mental health), but there’s a pretty direct correlation between how frequently you check your phone and their gradual lapse in communication.

You know this is not at all the way it should be.

There are, not surprisingly, but sadly, no pertinent notifications.

You lie back down on your pillow nearly drenched in sweat and close your eyes, though you know sans doubt that you’re not falling back asleep in the two hours and change you have left before you have to get out of bed and attempt to make your way through a day of work that will undoubtedly be rife with distraction as you continuously check your phone and indulge in frequent thought spirals.

And now fatigue will be added to the mix.

Your thoughts during these early morning hours are often a loop of something sort of like this: The bottom fell the fuck out, buddy. Now it’s time to incessantly question what you did or did not do to get to this point, which is a definite lapse in communication that will probably endure. Bet you can’t wait to randomly think about this person and concoct theories for what you may have done wrong every so often over the next few weeks or months or maybe, in some cases, years, depending on your level of sensitivity at the moment and your level of interest in this person.

“Why am I like this?” you say out loud to a dark, empty room.

Things had been going great.

“Things are really going great,” you told your friends, and you earnestly believed it, because you had no real reason to think otherwise.

You even told your Mom you met someone new — something you’re often hesitant to do, because she gets a little too excited for you about these things, though her sympathy is always welcomed when shit goes south.

You may have jumped the gun on that one — got too overeager, as you have been known to do.

But by this point you’d been talking with them nearly constantly, sending several messages back and forth daily, getting together a couple times a week, give or take, the windows of opportunity to do so dictated by busy schedules. You’ve been sending each other all kinds of shit, like links to Bon Iver’s cover of “I Can’t Make You Love Me,” which they countered with a clip of Dashboard Confessional singing a surprisingly somewhat beautiful version of a Justin Bieber song. There have even been pep talks after she confided in you that she was beginning to lament completely selling out career-wise. (It was easy to provide some hopefully comforting words because you had long since done the same thing.)

You tried to not get too excited about these things, especially not so soon, but you figured that if you could control what you got excited for, you’d make it so you got excited about work or working out or eating healthy or taxes or socializing or all kinds of other shit you really don’t ever feel much like doing.

Maybe you should have tried harder, because before too long the communication became less frequent, more sparse. Texts went from eloquent and enthusiastic to terse and trite. It was petering out until communication became sporadic at best, the asks to hang out met with vague reasons why they were unavailable.

But they hadn’t disappeared, not completely.

It dawns on you, or you finally admit what you’ve been thinking for a while, while you’re lying in bed that morning, that they’re doing a slow fade — slow enough that you can’t really call them out on it without their calling you overbearing or crazy. It is, honestly, a pretty solid move. You know this because you have done it to others, and so you kick yourself under the comforter for not having figured it out sooner. It somehow seemed less harsh, less reprehensible, more justified when you did it to someone else. Funny how that works, isn’t it? You realize this, too, feel pretty shitty about it and add it to the scroll of things to beat yourself up about now and for the foreseeable future.

You can’t know what this person is thinking, what’s going on in their life. Could be all kinds of things. You have had all kinds of reasons for doing in the past what they’re doing now. None of them particularly justifiable or even adequately defensible, when the alternative to the ethical alternative to the slow fade is one simple text saying you don’t think things are going to work out, but sometimes people go through shit. Sometimes people simply lose interest. Or they meet someone else. Could be any number of things or a combination of them, really.

But you assume they’re hoping you’ll get the hint, that you’ll let them avoid a slightly difficult conversation they don’t want to have.

Part of you is tempted to just let this happen, because you may be better off not knowing how and when you fucked up, if you did indeed fuck up. You’ve always been one to worry about negative feedback.

Sometimes it’s better to not know where you fell short, what they may think is wrong with you, why you’re not compatible and why things simply aren’t going to work out.

Sometimes it’s actually better to vanish into thin air than to explain oneself.

But still, you won’t let them off easy.

You text, “Will I ever see you again?”

Then you put your phone on “Do Not Disturb,” bust out your weighted blanket and try to rest for a while. 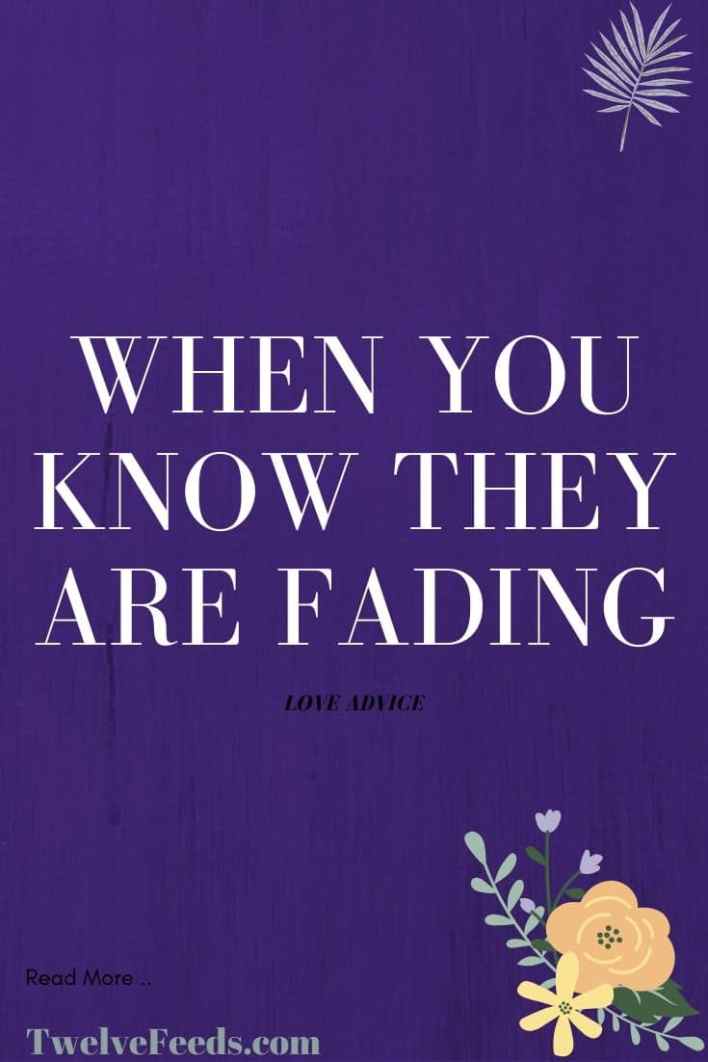 So I’m Scared Of Falling In Love With You

Loving You Through Your  Sadness