Oh, I know everything there is about being single. Though I have casually dated an endless amount of guys, I’ve lived a pretty single life. Don’t ask me why – I think I’m a catch, but apparently to the male population, I’m anything but that. It’s a different world when you’re single AF. Is it a better world? That’s up for debate, let’s just keep it with different.

Now that you’ve admitted that you’re single af, you’re probably noticing things that you haven’t noticed before. Things that you do which would normally be, if you were in a relationship, unappealing to anyone else.

But guess what, there’s no one else so you don’t give a shit. It’s time we single as fuck people joined together and celebrated our freedom by not showering daily and hanging out with our parents on a regular basis.

How to know you’re single AF

Because you are, you just don’t know it yet. Sorry to be the one to break it to you, but you just are. If you need more convincing, then read on about these signs that you’re single AF.

#1 You stop going on dates. Dating has become pointless because you have come to realize that only the rejects are left. The good ones have been taken or they’re off finding themselves in India. But the ones who are wanting something serious all seem to have some issues that you can’t be bothered to deal with.

#2 Your kitchen consists of wine. And maybe some stale pasta, but mostly wine. You could cook dinner, but why? Do you know how hard it is to cook for one? Anyways, you prefer to drink your calories and have a sweet buzz to go with it.

#3 You’ve forgotten all romantic holidays. Christmas, Valentine’s Day – whatever the holiday is, you’ve erased it from your mind. What’s the point? People are just going to ask you if you’re single and then try to match you up with some weirdo. They can leave the gifts at your front door… you’re busying watching Netflix.

#4 You feel hopeless. You’re thinking you’re going to be single AF for the rest of your life. Which in some ways you like, but for the most part, you hate. You want to be in a relationship, you know you have love to give, and trust me, I believe you. But you know that this is just a shitty phase of your life.

#5 You avoid clothes that need a second hand. Because you don’t have a second pair of hands. Unless you ask your creepy neighbor Leonard to zip your dress up, I’d rather go with the sweatpants. Clothes that you would love to wear have been put to the side since you can’t actually wear them.

#6 You know every chick flick by heart. And you hate them all. He surprises you with a bouquet of flowers? Yeah, give me a break – that never happens. He reads your love letter to him in the newspaper? We all know, he ain’t reading anything but his Tinder matches. Yet, deep inside of you, you wish to live one of these rom coms.

#9 Facebook is no longer enjoyable. You used to love scrolling through Facebook, seeing who’s single, who’s broken up. But now, that doesn’t happen anymore. People are getting engaged, having babies and your newsfeed no longer provides you with the joy it once gave you.

#10 You talk to your dog. Or cat. The point is, if it’s an animal, you talk to it. When you’re happy, sad, angry, you run to your pet and lay by their side, explaining to them the inner workings of your mind. This, first of all, is a great form of free therapy. Secondly, people wouldn’t want to listen to you anyways, so your pet is your go-to friend. 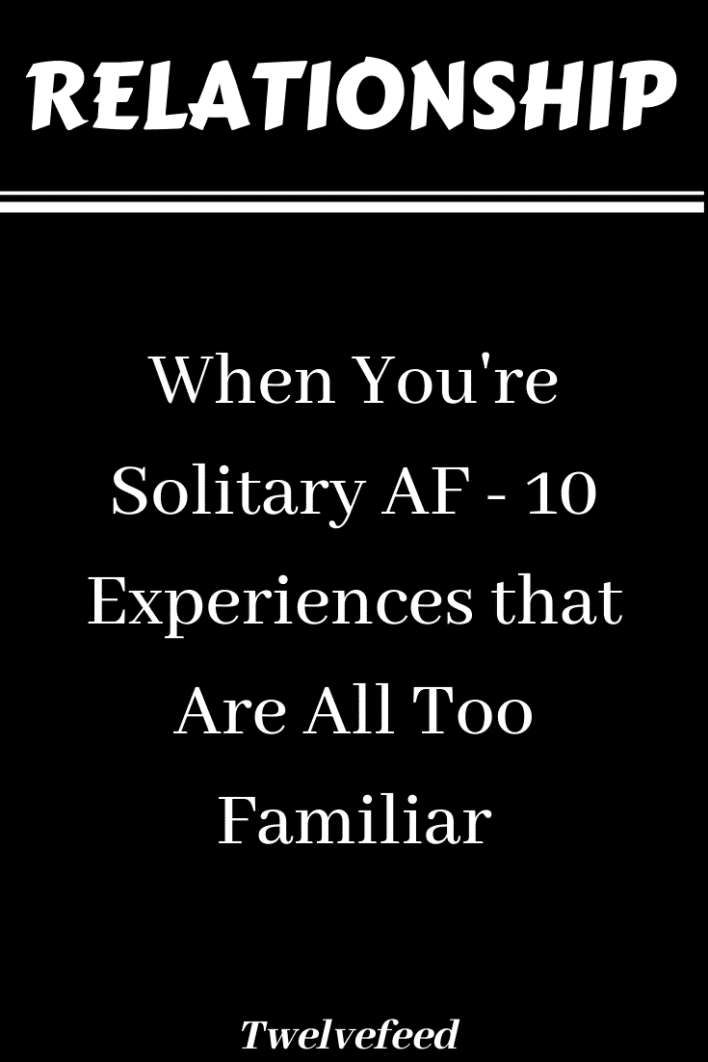 Ghosting Somebody - 10 Ways to Vanish Swiftly and also Escape Clean