Alright, I really have to get this off my chest – I shouldn’t have married my husband. Gasp. Today when I look at him, I feel like he was the stupidest decision of my life. Truly, if I go back 10 years, I know he wasn’t the man for me to marry. Double gasp. We’re still married, to my infortune, and if you think he’s going to be mad if he reads this, well trust me, he cares less.

He knows that I wasn’t 100% happy when we got married, and I still don’t understand why I did it. Love is blind, stupid, dumb, and deaf, I assume. Unfortunately, it’s true – I didn’t want to get married, I didn’t want to walk down the aisle, and the wedding depressed me so much that the night before my wedding, I asked my mom if I could stay with them forever, if I could cancel the wedding… And I literally meant it.

Of course, my mom took that as wedding blues, but it wasn’t blue, pink, or purple – I just didn’t want to get married. So you might be thinking, “Wait, why? Didn’t you love him?” I did, I did love him, but I wasn’t ready.

I didn’t like the idea of spending the rest of my life with him. We were dating for around two years, but that wasn’t enough to determine whether we were right for each other. A lot of people think that two years is a lot of time, but seriously, just imagine, is it worth your entire life? [Read: Itching to get hitched – why you shouldn’t rush marriage]

What I felt after I got married

I always felt that he made a mistake asking me to marry him. Now don’t get me wrong, I’m not suffering from low self-esteem, but I wasn’t as ready as he was. It always worried me that he asked me by accident, and that it was out of fear of losing him that I said yes. It worried me more because deep down I knew it was true.

I wish I could go back in time, but even if I could go back in time, what would I tell myself back then? What would you tell a 26-year-old? That she was stupid to fall for this? To tell her that she had no idea what true love was? That what she read in fairy tales only remained as a fairy tale? What would I tell that woman who is afraid and excited? Anxious and worried? How should I tell her that marrying was the biggest mistake of her life?

Preparing to be my Mr.’s Mrs.

When I got married, I knew it wasn’t something I really, truly, or desperately wanted to do. I felt that I was deliberately locking the excitement out of my life. I felt that I was going to miss out on a lot of “being single” fun. But of course, this didn’t make sense to me then, and I walked the aisle, looked into his eyes with utter confusion, wondering if I could live with him for my entire life. I still am, by the way. Our journey together was hilarious – it was all quite new, sometimes boring.

Sometimes heated up, sometimes calm. I tried very hard not to think that I was his wife – I just wanted to be what we were before someone came forward to tie us together for life – lovers. I wanted to live the same life we lived before we got married. But it wasn’t the same, no matter how hard I tried.

I had become his wife and somehow that was enough for him to just treat me like a new person. Trust me, if you are lovers, after you marry each other, you become husband and wife, the lovers disappear. Suddenly, you have to be a little serious and a little more mature. [Read: Are they wedding jitters or signs to back out?]

Life after marriage isn’t a bed of roses

Marriage is an eye opener, but no one will tell you that

When we were dating, some of my friends got married, and they never left out the chance to taunt us, to force us to marry. I hated them for fuelling his desire to make me his wife. But it didn’t seem to worry him as he used to smirk at me, indicating that he was up for it. I hated that.

I wanted to live my life the way I wanted to. I would always just smile and look away, and I guess it was this gesture that made him think that I was also up for it.

I was 25 then, so I guess that gave people the right to encourage me to get married, after all, I was in love, wasn’t I? Yes and no. I loved him, but didn’t want to spend the rest of my life believing that. You might be wondering what I had in mind for my life. Well, I had a lot planned out.

What people told me about marriage

A month before he proposed, my family decided to spoonfeed me with the thought of marriage. I was told that marriages are pretty amazing, and that I would be sharing the same bed with my lover and my best friend for the rest of my life. I was told that no one would be able to treat me like my lover would after marriage.

Since I knew him for a couple of years, suddenly he was the “right” father of my children. I was told that he would treat me like a queen, like a friend, and love me like there’s no tomorrow.

They told me that there’s nothing more successful in a marriage than two best friends marrying each other. They told me that our friendship would grow, and our love for each other would always bloom. When I still didn’t give a nod in appreciation, they told me to quit thinking and demanded that I run down the aisle because I was definitely making the best decision of my life by marrying my best friend and my lover.

What I have learned so far

We don’t have children just yet. We love each other, but it’s not enough. I learned that I should have listened to my heart and asked for some more time. I should have evaluated my concerns before I leapt forward. I should have said no when he proposed, and should have politely asked him to give me some time. Why? Do you think I’m suffering? No.

He is not a bad husband, he loves me, but it would have been even better if we weren’t tied to each other by law. The feeling of being tied is worse. It’s best to live in together than being tied by law together. Love blooms when restrictions don’t exist. 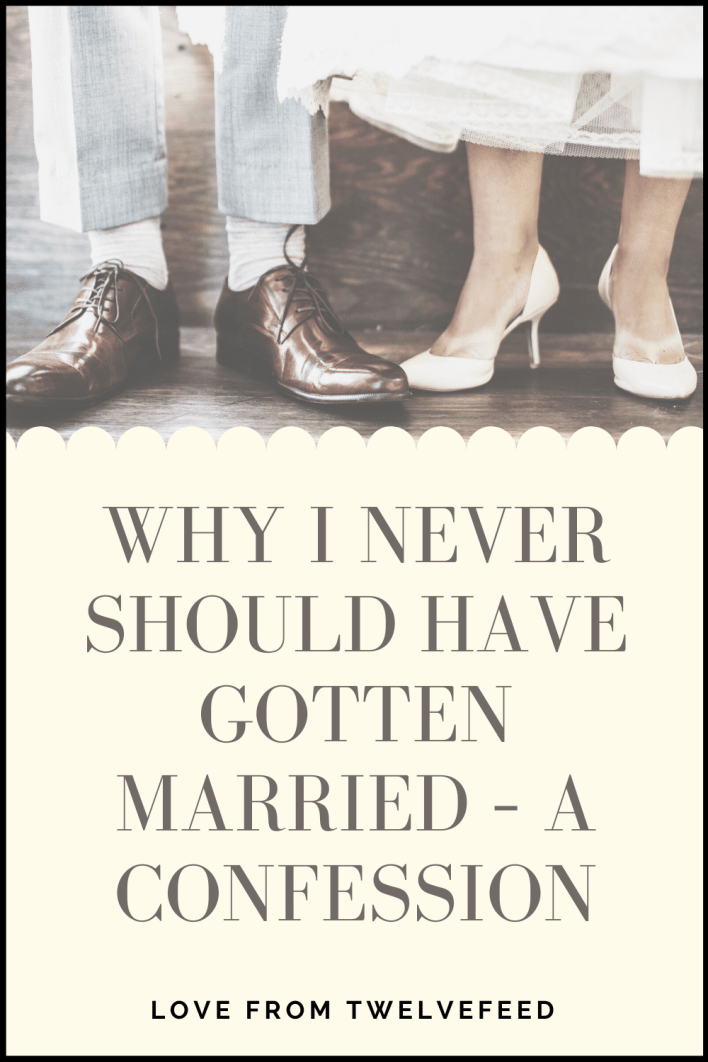 25 Tips to End a Relationship Without Making It Messy