Unfortunately, we live in an era where there is less of romance and authenticity and more of infatuation and lust. This is what we call the modern dating era.

We live in an era where people would rather feel good than connect with the authenticity of someone and find out who they really are. Modern dating is romanticized, yet it lacks romance more than any other era. Somehow, our generation has managed to make the very of notion to be feared of. As days and years progress, romance is becoming more of idea and less of reality. We live in a world where people would rather stare at the screen of their phones than become real and intimate with the person they’re right next to, and we wonder why we feel more alone in relationships than ever before. We question the very notion of love and romance, when we’re so caught up going after what satisfies our needs and wants. We know what love is, but act selfish and greedy when we find someone worth giving our hearts to. Modern dating has taken the very essence of what romance really is, and I’m exhausted of it all. If anything, modern dating is the very depiction of what love isn’t, and yet we wonder why relationships become temporary and non-committal. Modern dating is comprised of casual relationships just to feel momentarily good about ourselves, until we remember that it was never love to begin with. Modern dating is the wall that breaks relationships apart, because it’s meant to be a short-term, casual thing- something not meant to last.

I’m officially retiring from modern dating because for once in my life, I want someone real. I want someone to choose being real and intimate with me, rather than pretend to be someone they’re not because that’s what real love is. When you love someone, you show your most vulnerable and transparent part of yourself, even at the risk that they don’t accept you. When you love someone, you love them how they deserve to be loved, and not under your own condition and terms- not like modern dating has taught us. 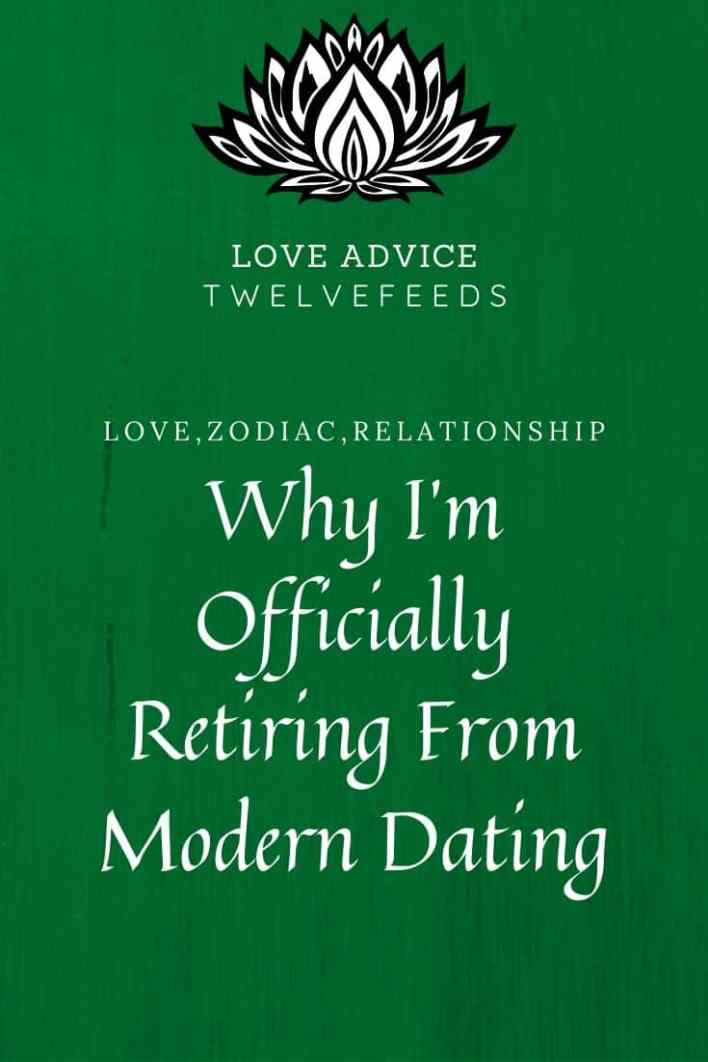 The 10 Basic Qualities Every Woman Looks For In A Partner

If I Were To Die Right Now, You’d Be The Best Thing That Ever Happened To Me