It seems like every day there’s someone else who’s easily offended by something seemingly not offensive. Just twenty years ago you couldn’t even offend someone by calling them a horrible name right to their face. But today, people are offended by the clothes you choose to wear – something that doesn’t even affect them!

There are all sorts of reasons people get so easily offended about trivial nonsense. And this can be extremely difficult to deal with when you’re faced with it day after day. But luckily, you can deal with it if you first understand why people are like this.

There’s a lot of room for education and growth in an individual when people are offended about something they said. Sometimes, people don’t realize that what they’re saying can actually be taken offensively.

Why is everyone so damn easily offended nowadays?

We just can’t argue the fact that people are far more easily offended now than they ever have been. With so many people having access to argue – through social media mostly – anyone with an opposing opinion is speaking up claiming to be emotionally traumatized by something insignificant.

But how come? What has changed in our society that has people throwing a fit at the smallest thing? These are some of the characteristics of people who are easily offended and, unfortunately, these traits are on the rise.

#2 They’re too sensitive. Now, some people are sensitive for a lot of different reasons. It can range from them just being that way by nature or they may be overly sensitive due to things that have happened to them.

The bottom line: if someone is easily offended, they’re just sensitive in general. They take people’s opinions to heart personally and feel the need to defend themselves even if the comment wasn’t directed at them.

#3 They just want to argue about something. We all know someone like this. Even if they aren’t necessarily personally offended, they want to argue. They want to prove themselves right by saying how wrong you are to say or do something. These are just argumentative people who get a thrill out of it.

#4 They’re close-minded. This might be the biggest reason people are so easily offended nowadays. With more and more information coming out about things that are typically controversial, you see so many people becoming offended by them.

The real reason they’re offended is because they’re close-minded. They don’t want to think about the world differently or see things from someone else’s perspective. They want to stick with what they’ve always known instead of venturing out.

They get offended that someone else has the audacity to post a selfie in a bikini of their new body after working years to get where they are because they’re unhappy with how they look themselves. Instead of looking at those people as great examples of getting fit, they look at them with envy and use being offended as an outlet.

#8 They like the attention. Maybe this should really be #1 on the list because it’s definitely one of the main reasons people are easily offended. It’s not so much that they actually are upset by someone’s comment or action.

#9 They’re insecure. People who get offended by something so easily tend to have a big insecurity about that thing. Let’s use the bikini photo on Instagram again. Those who get “offended” by this are usually people who would never have the courage to do the same. They’re not secure in their body and, in order to make themselves feel better, they lash out at someone who is.

#10 They want to blame others for their own unhappiness. It’s all a blame game. Those who are easily offended by trivial bullshit tend to be unhappy people. They’re complainers. They just want a scapegoat for their unhappiness and so they freak out about something simple so they have a “reasonable” outlet for that anger. 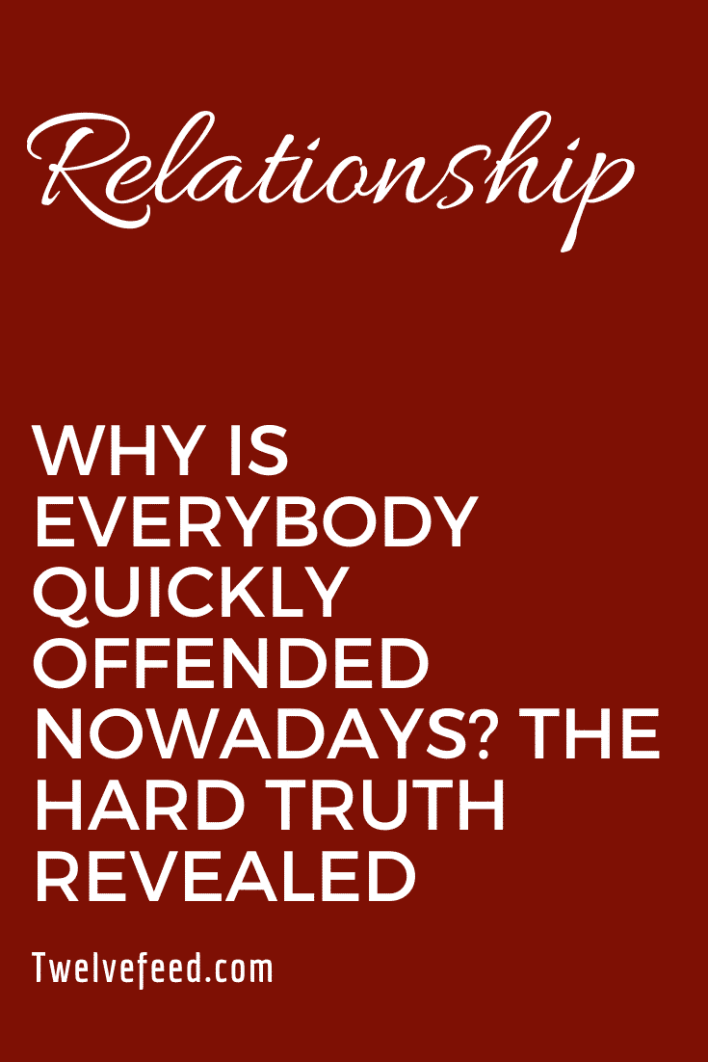