Unless you want to get back with him, you shouldn’t worry about if he’ll come back or not. Asking yourself, will he come back? is a good way to stress yourself out over something you probably don’t even want.

There is a reason things ended, and probably a good one. You don’t want to relive the past, do you?

Do you want him to come back?

This is so important to answer before you even know if he’ll come back or not. What do you want? I am not asking what you expect. But, what do you want?

If you want him to come back for any reason, you will look for those signs. You will overanalyze his behavior and convince yourself a text from him is right around the corner.

And, even if you don’t want him to come back, you might do the same. You might convince yourself he isn’t over you to boost your self-esteem. This is normal yet, unhealthy.

A breakup, no matter how right, leaves you feeling down on yourself. Convincing yourself, he’ll be back will let you sit in denial for a while. It is a surface-level way of feeling better.

Will he come back?

If he’s showing these signs, there’s a good chance you’ll hear from him.

1. He always brings up the past

People don’t bring up the past until they want to fix it. Have you ever fought with your friend and not spoken for a couple of weeks? What happens?

Someone breaks the silence and brings the fight up because they want to move past it. If they don’t care, they don’t bring it up. When a guy is planning to come back to you, he might bring up what ended things to work through it.

This is actually a big one. Will he come back? If he is reaching out, he might be in the process. It takes a lot for a guy to swallow his pride and take the first step. So, if he does that, it really means he wants to make an effort and clear some things up or try the relationship out again.

Or… it could also mean that he misses s*x with you and is willing to take the first step to get some ass. What he says in this situation can let you know either way. If he acts like he is so sorry, which is out of character, he wants something. But if he seems genuine, maybe he is worth hearing out?

3. He reacts when around you

You see his whole demeanor change when he’s around you. Maybe he’s nervous, maybe he isn’t speaking to other girls, or maybe he goes completely opposite and tries to hit on anything that moves. But he’s not himself around you, and you know that.

4. He laughs when around you

If you can still make him laugh when he’s around you, he’s still interested. Whether the breakup was recent or not, someone who can’t help but smile around you isn’t done with you.

Guys and ming games go hand in hand, unfortunately. Whether he will come back for s*x or get back together is another question, but he certainly wants something if he is confusing you.

6. He’s all over social media

You may have never considered what a huge role social media would play in answering the question, will he come back, but here we are. Liking your photos, statuses, Instagram photos—these are all ways to poke you and get your attention.

This is his subtle way of coming back. He doesn’t want to risk his ego by reaching out fully, so he hopes you’ll respond to one of these low-effort ways of interacting.

You may not think he’s there, but he’s there and fully present. If he’s always around, on your social media, talking to your friends and family—he’s there and waiting for the moment to talk to you.

This is something that you can catch much easier in person. If you are in school together or work together, he will be around. If he isn’t planning on coming back, he will keep his distance.

You’re a woman, and your intuition should be trusted. You can feel it. Even if you can’t explain it, part of you knows.

9. Your breakup wasn’t well thought out

You know, sometimes you’re just so fed up with his shit that you explode and end it. Did you really want to end it? Of course not, but things happen. Not all breakups are well thought out and logical.

You left your toothbrush at his house, and he wants to give it back. Do you already have a new one? Yes, but that’s not the point. He wants to see you again, so he will take any chance he can get. Instead of just dropping your things with a friend or in your mailbox, he wants to see you. 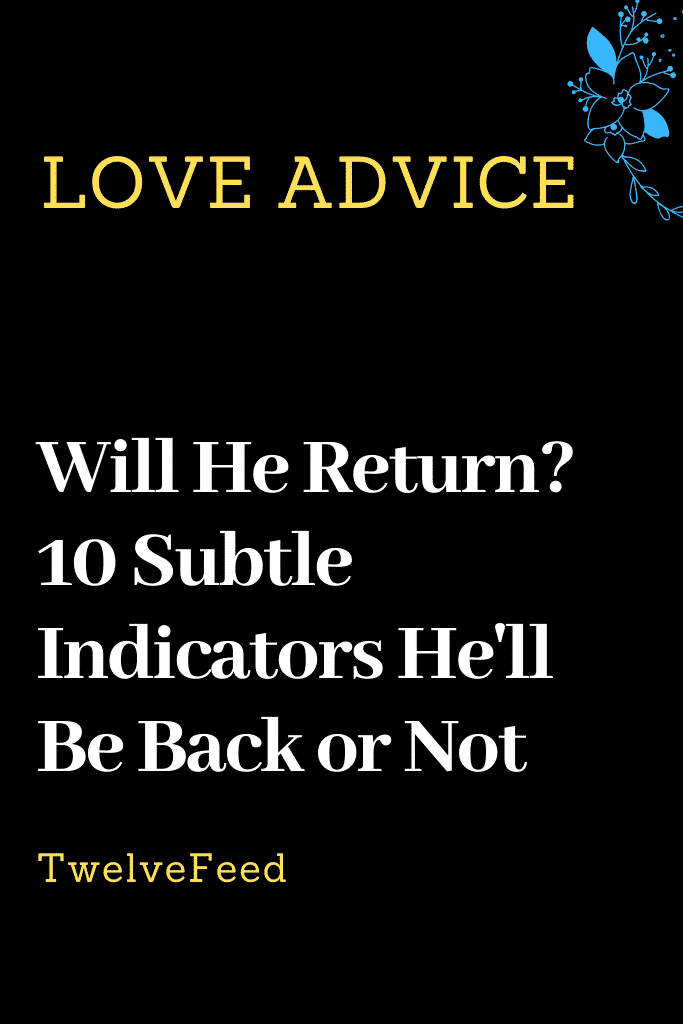 Platonic Crush - What This Means and How to Continue Platonically

Egotistical Lunatic - 10 Traits that Make Them So Dangerous