Is your boyfriend’s best friend a girl?

Getting used to the fact that your boyfriend has a girl best friend is hard enough.

But having to deal with your man’s flirty friend is just annoyingly frustrating, especially if your boyfriend doesn’t really do anything to stop his friend from pawing him.

If you’re having a hard time getting the message through your man’s thick skull, here are a few tried and tested ways to handle your man’s flirty friend and keep her away.

Are you waiting for the flirty friend to leave?

You may have just sat there, waiting for the bad tidings to pass, and the sun to take a nice peek out of the gloomy clouds, and evaporate this monster of a friend away from his life.

But you know it, the way things are shaping up, you don’t ever think it will happen. So what do you do? Well, you should go to war!

Ready your battle stations and prepare your ammos and weapons. Locate the weakest section and drop your entire stock of nukes and breach the barrier! You don’t dig, girlie? No worries.

What I mean is that you need to fight a war to win it, and to win it, you need to strategize and have a plan of action. You want to know your greatest strength? It’s the fact that he’s your man and not her man! So why on earth do you have to bob quietly like a rubber duck and be bothered by this friend of his?

Since you know for sure that there’s no way a straight talk with your man will help you, try going the other way around. The first step is to make your man feel really awkward around her. It’s not that he doesn’t feel it already, but the only issue is that he likes the sexual awkwardness. But just give him an opportunity to realize how uncomfortable things can get when she comes around and you can bring the ball into your court. Now really, go all out and go to war.

Just tell him that you feels awkward when other girls speak like this all the time. Basically, instead of straight out ranting, prick his little heart with guilt.

Let him know that all your friends think that he has a big crush on that girl pal of his, because of the way he tries making out with that girl all the time! He may object and try to retaliate, but just lay off it by saying it’s alright, and that you’re not hurt anyway. And trust me, he will try doing something about it because all men always want all women in the world to think highly of them. So if your friends and other women around think he’s annoying, he’ll do whatever it takes to make them think highly of him.

Sneak a bit of info to him and tell him that you’re sure his friend has a crush on him. And how do you know that? Obviously, you’re a girl and you know it by the way she behaves around him.

Mention it as a compliment, but make him feel uncomfortable by asking things like how he would feel if your best male friend would try fondling you all the time? But hit your man with the fact that this friend of his has more than just ‘friendship’ written over her when it comes to him. [Read: More than friends? – The signs]

Don’t you just wish you could clobber her and hurt her really bad? You can, but it’s better done where it hurts. Your man is just that, he’s your man. So the next time she comes around, just snuggle up to him closer and compliment him about a few things he did recently, things only you know about.

That would definitely piss her off. [Read: Does your boyfriend have a flirty best friend to know why]

And if she squirms beside him even before you can wrap your arms around him, let them be. Just smile at them, and excuse yourself to make a call. He’ll get the hint. He still doesn’t get it? Then, stay put, and call up a good looking guy friend of yours whom he particularly doesn’t appreciate and feels insecure about, and have an enjoyable conversation! [Read: How to talk to a guy and make him like you]

Trust me, it’s worth it to see that look on his face after you’re done talking with another hottie. Or you could also get real friendly and touchy-feely with another male friend of yours when you bump in to him. If he does mention anything like you trying to get back at him, just innocently tell him that he seemed to be having such a good time with her, that you really didn’t think he’d be bothered.

He may have a hard time figuring it out with his pea sized brain, but eventually he’d realize that your icy split personality shows up only when he behaves like he’s in a petting zoo around that little bitch friend of his.

Another really important thing you should know here, never ever let him know that you’re doing all this to get back at him even if things get better for you later. He may just tell his ‘best’ friend all about it. And I don’t think you’d be able take his friendly confessions very well.

She may be grinning widely and floating on a high each time she gets to know through your boyfriend that you’ve thrown a tantrum over her. But once she sees that her friendly guy is actually making a strong effort to stay away from her (which is mostly because he gets jealous when you speak to another hottie or pet your male pals), she would go mad!

There she was, having your man wrapped around her finger all this time, and now she would know she’s losing her grip on him.

What can I say, I guess it’s time for you to gloat in happiness. Be extra-friendly to her, and grin a giddily happy smile each time he’s wrapped in your arms instead of hers. Never ever show your frustrations out in front of her. That would just make her happy. Instead, use her ploy on another guy, in person or on phone, when your man and his flirty friend are together. There’s no chance of losing a game when you get the jealousy in your man aroused!

Each time she holds your guy’s hand, just pat it away and tell her jokingly, “hey, do you have a crush on him?” or smile and say something like “I hope you don’t hate me, you seem to have such a big crush on my man”, and laugh out loud!

She wouldn’t know what to say, especially when you make it sound like a joke. Your man may find it funny, but she’d know what you’re up to. Let her know that you know her game, and let her hate you because you’re winning. Getting her to hate you may be hard, but once you do, boy, the world can seem oh-so-nice!

You could be on a winning streak, but make sure you’ve still got a firm hold on your man, or he may just stray again. She is his friend, you know. [Quiz: Does your boyfriend really love you?]

It’s not so easy to just split them up, but as long as you can get him to behave, who cares. And as long as her little heart is burning with frustration, the world is such a pretty place, isn’t it? 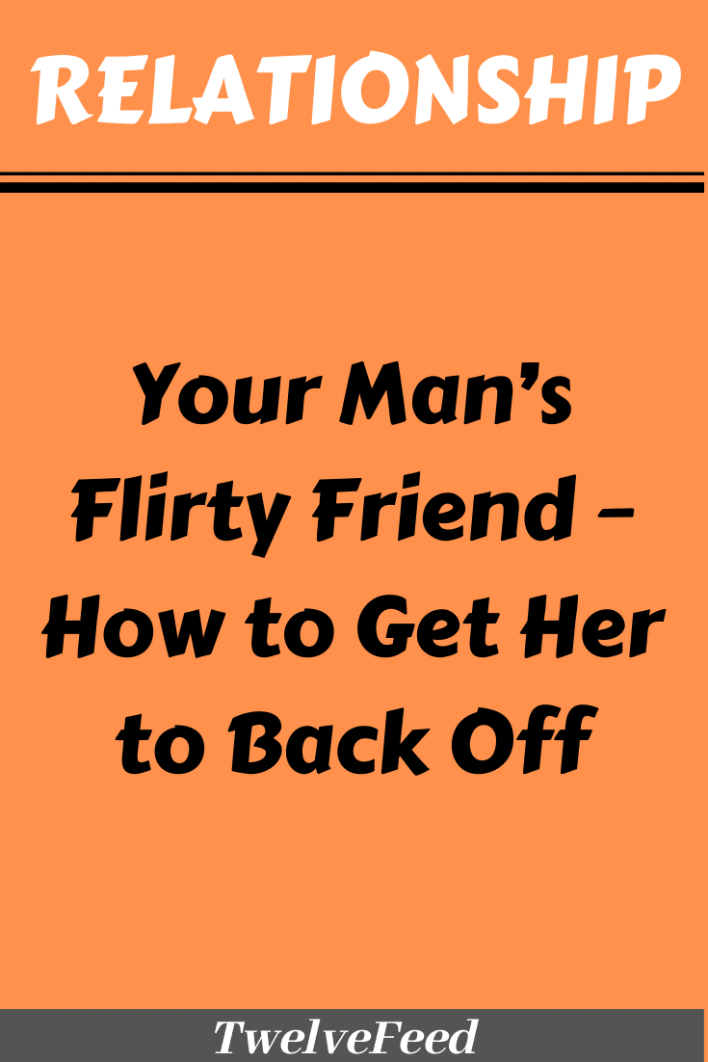 10 Things You Do That’ll Bring Your Soulmate to You

A Break Up on Facebook Can End a Life